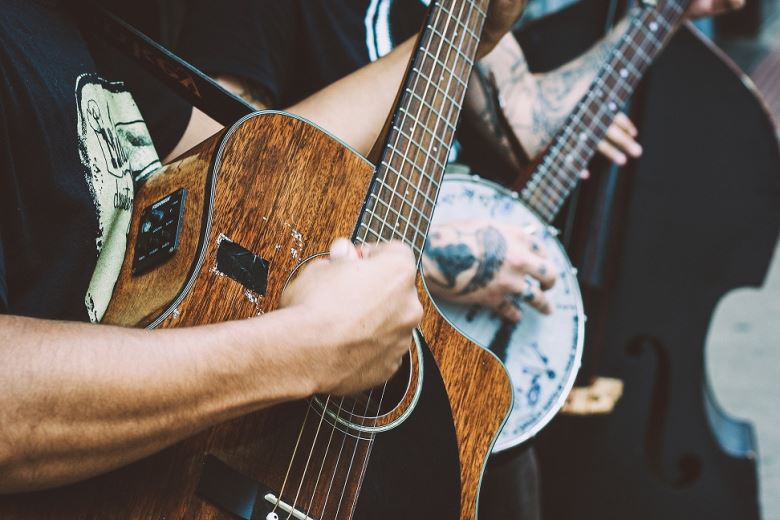 In its triumphant second year the Black Deer festival has successfully rebranded the leafy afternoon-tea-addicted Sussex/Kent borderlands as the Deep South. Spittoon sales are rocketing in the area and there’s a run on chewing tobacco and Jack D; even disgusted of Tunbridge Wells is wearing a ten-gallon hat (a hideous sight admittedly). It’s official though: there’s some corner of a Sussex field that is forever Tennessee.

It’s a guilty pleasure, it shouldn’t be my thing, I’ve a mixed attitude to the States for starters, but – whisper it quietly – this Americana festival has got right under my skin. I can’t quite fathom why, it’s not exactly cool, it’s far from alternative, there’s not a spliff to be smelled let alone inhaled, nor a whiff of petunia oil, but there’s something in its wholesomeness, friendliness and simple good spirit that’s utterly irresistible. And most importantly the music – country, folk, bluegrass, roots and blues – is consistently good and sometimes great. That’s not to say that I liked every act, there was a bit too much seventies-style soft rock – soft country? – for my taste, but hey, there’s something for everyone.

I’m no expert in the genre, but going by this festival live country music – not country and western btw – is at its best raw, authentic, heartfelt and often profoundly moving, both emotionally and physically. Indeed there were many moments when I was so present with a performance that my all my cares simply dissolved away. Hush now, I’m sounding like a fan…this is getting embarrassing! I better ride my steed out of town while I still have a modicum of indie credibility left. Hi-yo Silver, away!

Oh but there’s more. Another impressive thing about country music (hmm, perhaps I am an expert?) is the humility, emotional honesty and lack of pretension and hubris of the artists. This was evidenced each afternoon in the wonderful songwriter sessions, where four to six artists came together in the intimate Supajam tent, my favourite venue, and took turns to sing songs – three or four ‘rounds’ – without any of the back up they had for their performances on the main stages. They were all mesmerising, but I feel compelled to mention in dispatches the astonishing Larkin Poe, Jessie Buckley (of Wild Rose fame), Roseanne Reid, Ryan Bingham, and the Worry Dolls.

I might well be wrong, but my impression is that many USA country fans are part of redneck Trump-supporting ultra conservative America. It seems though that most country artists aren’t; there were numerous excellent protest songs to be heard at Black Deer, along with a total acceptance of LGBTQ colleagues (well colleague, but nonetheless the inclusion was notable in this context), a smattering of performers of colour (there could be many more of course), and a high percentage of women artists  - something near a 50:50 split and, for me, they included the best performers of the weekend. It feels like there is something important going on: in the heart of so much extreme conservatism country music is a Trojan Horse voice for positive change, liberalism and compassion. I certainly hope so.

Stetsons off to the organisers as this year they provided plenty of vegetarian, vegan and gluton free options as well as the meat-only carnivore heaven/hell that was more or less all there was last year. On a less positive note, I decidedly did not like the barbecue-sales corner. It felt like wandering into a garden centre, horror of horrors, and while I can understand it might bring in a bit of money I’d strongly advise against any more of this sort of thing. Perhaps it could turn into a dedicated healing area next year instead, albeit I’m unsure if the Black Deer crowd is ready for something as relatively left field.

Another mistake for me was this year’s cashless experiment where, instead of using credit cards and cash, we all had to queue up to put money on our chipped wristbands and then only use these across the whole festival site. It felt somewhat controlling, irritating, and mean spirited – very much in contrast to the festival vibe in general. Indeed, as I arrived on Friday evening some old bloke was having a total meltdown as he wanted his cash back from the wristband and it couldn’t be done. Please, not again next year – or at least give us the option of credit cards too.

Let’s return to the positive; Black Deer is truly excellent for kids, there’s loads for them to do, from drawing and dancing and building a large train out of wood to tree climbing and zip wiring. I saw many a browbeaten parent dumping their brood in the extensive kids area before skipping off to the beer tent. The festival’s certainly not only about kids though, the age spread is pretty broad, young groovers to old timers, albeit I’d say the majority fit loosely into the middle-aged and relatively well-heeled bracket.

What else? Well, the rural-idyll setting is exceptional, quite stunning, the weather was again excellent (it seems God is onside as they’d been heavy rain for the full week beforehand), the attendance was well up on last year, the vibe was hugely good natured, the camping areas were lovely if on a bit of a slope, the loos were fine and there were – unusually – enough of them, and the festival staff were friendly and helpful to a man/woman. What’s not to love? I’m most definitely planning to steer my steed back into the Deep South next year.