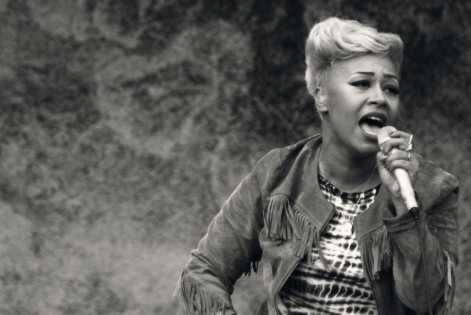 I promise you I scribbled down a pretty awesome review first time around on my phone but alas, I dropped this somewhere on the muddy fields of Isle of Wright, most probably while going nuts to the insane sounds of Major Lazer emanating from the Annie Mac presents stage on Sunday night.

Setting up a tent in a space only slightly bigger than an anorexic kitten with a touch light and bleary eyes isn't much fun but never mind that, it was Friday morning before said anorexic kitten could meow and Yep I had arrived and was ready for the weekend. I proceeded to spend most of Friday drinking irresponsibly and made my way to the Bollywood tent where General Levy, Congo Natty and Shy FX where part of a RAM JAM line up put together by none other than Sir David Rodigan. Its hard to express my love for this man when he is on stage standing in front rather than behind his decks and laying down dubs like no other DJ can. It was awesome.

The XX and Florence where the obvious attractions on the main stage but I figured I should give Adam Ant and his new band a listen on account of that one hit song he had many years ago. Quite frankly it was kinda sad. I saw an old man still wearing the same costume from decades earlier, only now carrying extra timber and a bit of a beer gut, singing songs no one knew. Whatever happened to bowing out gracefully? I did go back for The XX and Florence and the Machine later on and they both delivered beautiful sets, Florence’s being my personal highlight of the festival. Also I have just downloaded the whole XX discography on my return home.

Those other massive camera wielding, MacBook pro loving, seen-it-all-before photographers love nothing better than waking up good and early and grabbing the best spots in the press tent so I took it upon myself to set a new festival wake up time pb of 9.30am. That was optimistic, especially considering the copious amounts of drinking I engaged in the previous night with my tent neighbours and new best friends whose name I can't remember. Needless to say, I failed in that task and spent only just about got going when a strange man in Lycra with even stranger companions lead an warm up routine. It was none other than 80's tv legend Mr Motivator, back with a self advertising music record of sorts and motivated to whip earlish rising festival goers into decent enough shape to carry on with the days drinking without dying.

If Delilah hadn't just made sweet love to my ears earlier with her soulful voice and her cat outfit (which pretty much lead to me pitching a trouser tent in my onesie) then I might have been impressed by Jessie Wares, alas I wasn't so I made haste back to the main stage for De La Soul.

I wasn't familiar with any of their work prior to this, so all that positive old skool hippidy hop was pretty strange to my finely tuned modern garbage ears. Still at the main stage and pretty sure the Cuban brothers woke up Saturday morning, flung the set list out the window, figuring it’s easier to make it all up as they went along. Coupled with a healthy dose of swearing of course. Luckily, before that

I had taken a one day sabbatical from drinking on Saturday, so there was no better way to spend Sunday that on the booze wagon, sadly, an inescapable side-effect of drinking too much is forgetting things and letting the prat, dickish side of you run wild and free. This of course led to missing phone I mentioned earlier and the crushing realisation that I love that iphone more than most of my friends and a few family members. I managed to see a few acts before this and really liked Mike Snow and Totally Enormous Extinct Dinosaurs. Friendly Fires are always entertaining and worth a watch, but really the only thing that mattered to anyone on Sunday night was Stevie Wonders set on the main stage and by god it was everything it was cracked up to be. I feel lucky that I was one of the 60,000 odd people who where there to see one of these great moments in festival music and no doubt in future 600,000 will claim to have been there.