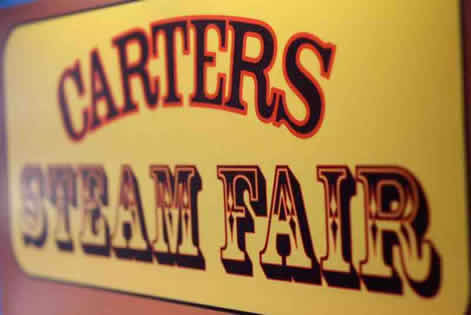 Carter’s Steam Fair could be found in one corner of the main arena at Womad between the Big Red Tent and the Charlie Gillett Stage.  It has been present at Womad for 7 years now and it is an integral part of the festival experience. The fair is a spectacle in itself and added a different kind of fun and exhilaration to the diversity of the festival. It embodies the spirit of the festival and is a real family affair and is itself family run. Even Prince harry is a fan. We saw him enjoying the dodgems. Rosie, whose mum Anna runs the fair, told me that he visits every year. It offers you more than just a fun fair. It is beautifully hand painted and restored, full of tradition with old steam engines made up of hundreds of parts, rock and roll music, fairground organs and bells and old slot machines. You are given an insight into the way the Carter family live and work and how the fair travels by being able to see the traditional 1940’s living vans and lorries. It is a massive undertaking to set up, dismantle and move such a huge, heavy and old fair.
They arrived on the Monday and worked hard over the three days before the festival opened to the public to get the fair up and running. The family are obviously true crafts men and women maintaining the machinery and creating such beautiful artworks. The fair started in 1975 when John Carter discovered the 1895 gallopers in a scrap yard rotting away. He was studying at art school at the time with Anna whom he persuaded to help him faithfully restore and build up the steam fair over time to its former glory. Anna is responsible for a lot of the artwork, which has a different theme for each ride. The gallopers are very special to the family and every member has a horse named after them.
The workers and family work very long hours during the festival and can be extremely busy near the end of the night when the live music has stopped.  Rosie works on the sweets and confectionary stall from about 11am until about 1am in the morning. “The sugar from the candyfloss machine can get everywhere and working with the fryer for the doughnuts can be hot work.” She tells me. She does get a break every now and again to explore the festival and enjoy some of the music and we took some time out to sit down in front of the Charlie Gillett stage and listen to Shunsuke Kimura x Etsuro Ono and chat about the fair. Rosie, like her mum, is a brilliant painter and studied art in Bath. The fair takes up a lot of her time but she has started to paint canvases again.  Her cousin is a true showman and offered great entertainment on the terrifying swingers boat ride, shouting “do you want to go higher!” jumping and swinging gracefully between the parts of the ride. He is also a musician and played in the Big Red Tent with his band.  The fair has something for everyone and is not just for children in anyway, at night time the fair was taken over by adults wanting a thrill and enjoying the lights, music and atmosphere.
Rosie ensures me that the old rides are perfectly safe and constantly maintained and are rigorously examined by government-approved inspectors “People always ask where the seatbelts are when they get in the rides.” She says. People expect it the be like a modern steam fair but its been kept just the way it was originally. I was even a little dubious in the Dive Bombers, but afterwards realised how safe it was and that it is all part of the thrill and the unique and traditional experience.
Although the work is hard it is a labour of love and a true craft. The steam fair has become an important part of the Womad family. Womad is not just in anyway about music, it is about discovery and the whole sensory experience and the fair offers that perfectly.