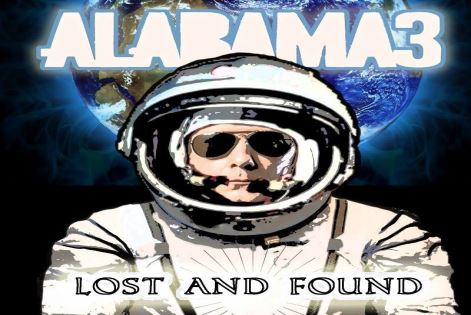 Acid-country-house heroes Alabama 3 return with their latest effort 'Lost And Found'. (Out Now) Our very own Ned Dylan gives his verdict.

Fresh from a mesmirsing stripped back solo debut with Brendan O'Connel, Larry love bursts onto Alabama 3's latest single 'Lost And Found' with his unmistakable vocals and a smooth Rock 'n' Roll tone that can't be learnt. As the warm sound of a whirring church organ plays in the background the band bridge the gap between Primal Scream's effortless cool, the Fun Lovin' Criminals and Spiritualized.

Though it is the Reverend Wayne D. Love who takes us to church with his lovable flow and on-record charisma. Along with the soulful Aurora Dawn's powerful vocals, it's clear to see Alabama 3's quality sound isn't fading as the band gel together to create yet another magical record boasting a unique sound. Destined to become a fan favourite and a perfect introduction to those not yet familiar with one of the UK's best, most-loved and unforgettable dance bands.

Published on 14 November 2015 by Ned Mansfield