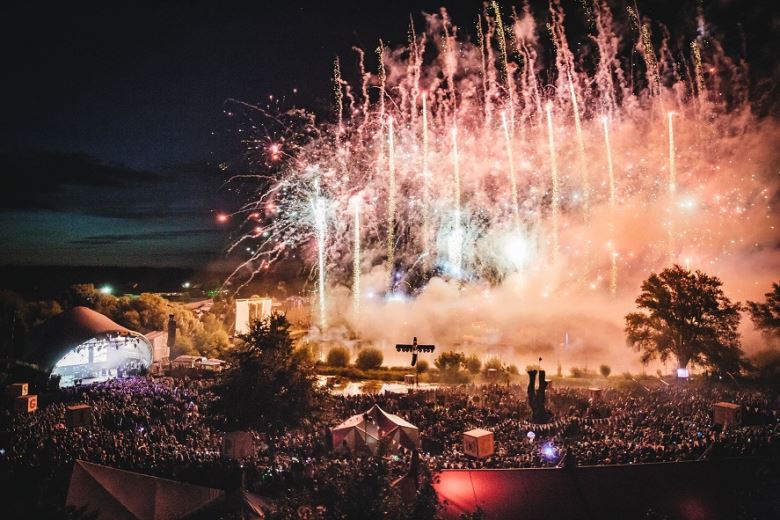 Following recent rumours and conjecture on social media the multi award-winning Secret Garden Party, an event that set the creative benchmark for festivals everywhere, announced today that after a 5-year hiatus it will return next summer to celebrate its 20th Anniversary year.

Following recent rumours and conjecture on social media the multi award-winning Secret Garden Party, an event that set the creative benchmark for festivals everywhere, announced today that after a 5-year hiatus it will return next summer to celebrate its 20th Anniversary year.

Anyone wishing to attend must apply through this process. Once accepted applicants can then purchase tickets from 6am on Monday 27th September.

From humble beginnings back in 2003, as a gathering with a few hundred friends in a field somewhere in Cambridgeshire, the passionately independent Secret Garden Party grew organically over the years right up until 2017, which is when it closed its doors for what was believed to be the last time.

The Garden Party’s beautiful dreamlike aspect, fun-loving outlook, much-loved eccentricity, and meticulous attention to detail helped inspire and enable a generation of creative artists, musicians and performers, whilst embracing the core values of friendship, participation and ownership with its audience. Its legacy was the setting for a collection of wonderful and funny memories, lifelong friendships and numerous and successful creative endeavours it inspired and incubated.

It is these core values that have been much missed in these turbulent and isolating past few years. Meeting actual people! Making new friends! SGP was famous for the sheer number of couples who met there and later married. Their children might even want to see what all the fuss was about.

“20 years ago, I started out with a set of ideas as to what makes a good party as well as the most perfect venue for it. Much has changed since our first Garden Party, when there was nothing else like it in the UK: Facebook, YouTube and Twitter had yet to be invented and no one knew what a boutique festival was, let alone Glamping.

Since then, the Garden Party has defined and redefined outdoor events in the UK and we have done so as a collective of truly independent outsiders.

We have never compromised our principles and we never will. SGP has always been a beacon of what you can do within those terms and, as imitation (being the sincerest form of flattery) proves, it has set the bar for everyone else going forward.

It was exactly because of those principles, and the love of those who have made the Garden Party what it is, that we closed our doors in 2017.

But things have changed since then, and in ways we never foresaw.

To take the luxury of being able to create and curate a party such as the SGP for granted, after the last few years, would be a crime indeed. At the risk of being done for plagiarism; we are stardust, we are golden, we are billion-year-old carbon and we’ve got to get ourselves back to the garden.”

Secret Garden Party is a chance to personally connect with fantastic people again. And it will be a PARTY TAILOR MADE BY YOU, FOR YOU.

Don’t forget - THIS IS A SERIOUS PARTY!

Published on 31 August 2021 by Wayne Feltham