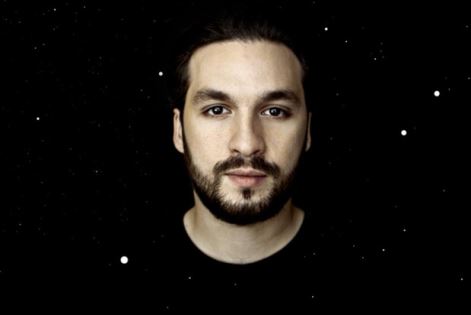 STEVE ANGELLO, FUTURES STAGE, STAGE SPLITS
AND MUCH ANNOUNCED MORE!
TO JOIN HEADLINERS BEYONCE AND KINGS OF LEON
AUGUST 17/18
TICKETS AVAILABLE AT www.VFestival.com
V Festival 2013, sponsored by Virgin Media, has announced a host of amazing new acts set to join the weekend line-up. Former Swedish House Mafia star Steve Angello is confirmed to headline the Arena stage whilst The Saturdays, Katy B, Mark Owen, Lissie, Conor Maynard, The Pigeon Detectives, Jaguar Skills, McFly, Everything Everything, 5ive, The Eels, The Heavy, Netsky Live!, The Original Rudeboys, Nina Nesbitt and K-Koke have also been confirmed to play across the weekend.  V Festival have also announced The Futures stage, headlined by Jamie Cullum and Benjamin Francis Leftwich, V Festival takes place across the weekend of August 17 & 18 at Hylands Park, Chelmsford and Weston Park, Staffordshire.
The Futures stage will showcase the very best in upcoming talent alongside a very special performance by Jamie Cullum, other acts confirmed to play the stage across the weekend are as follows:
Benjamin Francis Leftwich – The singer songwriter from York released his critically acclaimed debut album in 2011, he is currently working on his eagerly awaited follow up.
Monsta – Described as having the melodic synth of Flux Pavilion, the tech-soul vocal drops of Moby and the reverberant snares of trip hop act U.N.K.L.E, Monsta have become a popular regular on the club and festival circuit.
James Skelly & The Intenders - Having just finished writing with Paul Weller, James Skelly, former front man for The Coral, is back with his debut album ‘Love Undercover’.
Lewis Watson - Oxford’s twenty-year-old singer songwriter, will be bringing his guitar folk rock to the festival after successfully topping the iTunes singer songwriter chart with his EP ‘It’s Got Four Sad Songs On It BTW’.
Misha B – Her debut album will be out in July and features the recent hit singles ‘Home Run’ and ‘Do You Think of Me’.
Hoffmaestro – The Swedish electronic act have built up a fantastic reputation for their sensational live shows.
Sam Smith – The British singer-songwriter recently featured on Naughty Boy’s massive UK number one single ‘La La La’.
A*M*E – Nominated for the BBC Sound of 2013 poll in January A*M*E has already had an amazing year, she featured on the recent number one single ‘Need U (100%)’ by DJ Duke Dumont and will release her debut album later this year.
Goldie Lookin’ Chain – The Welsh rappers have been creating sensational comedic rap since 2004.
The Skints - Fresh off their UK tour, The Skints will be showcasing their unique mix of reggae, ska, dub, punk & hip-hop to the stage, along with a little of their self dubbed ‘East London Reggae’ sounds.
Lucy Spraggan – Her debut album which mixes acoustic, folk and hip hop will be out later this year, she recently confirmed that her first single will be ‘Lighthouse’.
Nell Bryden – US singer-songwriter Nell Bryden has received high praise in the UK for her latest album ‘Shake The Tree’, lead single ‘Buildings and Treetops’ was A –listed at Radio 2.
Ed Drewett – Best known for his collaboration with Professor Green on ‘I Need You Tonight’ Ed is currently preparing to unleash his debut album.
Diana Vickers – Her debut album ‘Songs From the Tainted Cherry Tree’ was out in 2010 and reached the number one spot on the UK album charts.  Follow up album ‘Music to Make Boys Cry’ will be out in July.
Moya – The London based singer songwriter has recently toured with Rod Stewart, Andy Burrows and Mick Hucknall.
John Newman – The British soul singer is best known as being a featured artist for Rudimental's number one single "Feel the Love" and top 20 single "Not Giving In", his debut single ‘Not Giving In’ will be out in June.
Exit Calm – The south Yorkshire four piece are renowned for their epic indie-rock.
Silouette – They will be bringing their high energy alternative pop laced with flavours of darkness, hope and desire to the stage.
V Festival, prides itself on the quality of artists that perform each year, aside from headliners Beyonce and Kings of Leon other incredible acts already on the line-up include Stereophonics, The Script, Emeli Sandé, Calvin Harris, Beady Eye, Jessie J, Two Door Cinema Club, The Vaccines, Basement Jaxx, Olly Murs, Paloma Faith, Jesse Ware, James, Rita Ora, The Courteeners, FUN., Labrinth, Ellie Goulding, Rudimental, James Arthur, Little Mix, and Laura Mvula.  More acts will be announced in the coming weeks across the stages at the two festival sites.
V Festival is now in its 18th year and is renowned for bringing the very best in popular music together for one epic summer weekend. It is now established as the biggest festival in the UK with over 170,000 fans attending across the two sites and was the first festival to establish rotating acts across two sites.
V Festival is one of the hottest dates on the UK cultural calendar.  From the moment the gates open each area of the festival comes alive and a truly remarkable weekend of music and enjoyment ensues.  V Style camping is set to return this year giving festival fans the chance to get the best of both worlds.  They can dance the days away with their favourite artists and then chill out in luxury in ready built Pod Pads, Cloud Yurts, Hearthworks Tipis and pop-up hotel rooms.
2013 once again sees a wide spectrum of acts playing across the stages, guaranteeing yet another year of unforgettable appearances.  The popular Glee Club Comedy Tent will also make a return this year, with side-splitting performers to be announced in the coming weeks.  With many more great artists to be announced, there is something for everyone at V Festival.