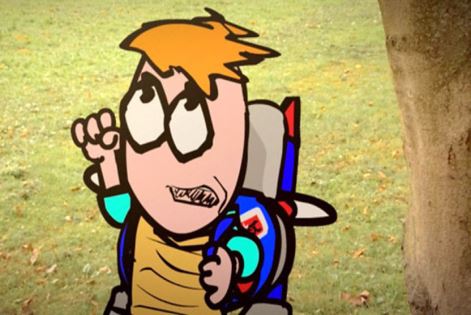 Having announced the bulk of the music, comedy and arts programmes for Deer Shed Festival 4, now’s the time to focus on the other activities and adventures taking place, along with a few additional acts including CBBC’s Big Howard Little Howard, and

19th – 21st July 2013
Baldersby Park, Topcliffe, North Yorkshire
www.deershedfestival.com/tickets
Having announced the bulk of the music, comedy and arts programmes for Deer Shed Festival 4, now’s the time to focus on the other activities and adventures taking place, along with a few additional acts including CBBC’s Big Howard Little Howard, the return of the Beer Festival and exciting new partnerships with Sunderland City Council and legendary toy company, Meccano. With the music headliners consisting of Edwyn Collins, House of Love, Darwin Deez and Gaz Coombs, a whopping PG rated comedy line-up, cinema showcases and an extensive arts programme; Deer Shed Festival provides a fully immersive and interactive holiday for the whole family to enjoy together in a beautiful site, set to the soundtrack of top quality music.
New for the Big Top Comedy tent are the award winning Big Howard Little Howard, stars of CBBC's Little Howard’s Big Question, The Royal Variety Performance and The Tonight Show with Jay Leno, will be hosting and evening of variety and stand up in The Deer Shed Big Top. Expect a joyful mix of wonderful stand up and variety as Big Howard and his animated partner in mirth Little Howard introduce the uber daft Duncan Oakley (world travelled comedian, musician, actor and one man band from Radio 4's 'Shappi Talk'), Steve Best (brilliant visual comedian from BBC1's 'The Stand Up Show' and Baddiel and Skinner Unplanned' ITV1) and Justin Moorhouse (from the seminal Phoenix Nights C4, 8 out of 10 Cats C4 and his own stand up special on Dave). Music, variety, stand up and live animation to truly tickle the funny bone and ease away a hard day of festival going, and all PG rated! For more info on Big Howard Little Howard have a look at their Royal Variety performance here: http://www.youtube.com/watch?v=bngu7p0_gks
Late comers on music line up are Velcro Hooks, a raw four piece, garage rock band from Bristol that will be bringing their now notorious full on, in your face explosion of pure rock in their live show.
On top of all music, cinema, comedy and arts line-ups there’s also a variety of other activities and facilities that are specifically there for the comfort and amusement of the entire family.
Facilities to help the family settle into three days of festival life without so much as a whimper includes: Lovely camping spots, provided by the picturesque views in Baldersby Park and the sprawling 50 acres camping space where tent sizes are limitless and space is abundant. Mr Trolley are also onsite to help transport everything, including the kitchen sink, the short distance from the car park to the campsite. Milk warming devices are provided in a comfortable and discreet nursing area. High chairs situated in the food tent, provide somewhere shady to sit down and eat. And finally, if bringing and putting up your own tent is just too much to bare, pre pitched tents are available, courtesy of the lovely folks at Tangerine Fields. Who will pitch and set up the tent for the weekend ready for arrival. Head on over to their site to book a pre-erected tent for the weekend. http://www.tangerinefields.co.uk/events/deer-shed-festival.html
Other additional activities for the whole family include: Eight tons of play sand, in fact the safest sand money can buy! That game with a tennis ball on a string® Deer Shed have designed their very own sets, made out of heavy duty steel and powder coated pink, just for that special Deer Shed touch! Due to overwhelming demand The Cardboard city is back again, this year with bigger boxes and more boxes to play with! Rounders England – with a tagline of 'Smile, Its Rounders'. Much better than 'Despair, It's Cross-Country', fit in perfectly with the ethos of Deer Shed and will be organising all sorts of rounders based fun in the sports area and no doubt finding the best back-stops at the festival!  The Sports field, containing loads of clobber to occupy those with excess energy to burn off; Swingballs, space hoppers, hula hoops, the Deer Shed famous blue barrels and anything else they think will survive the weekend! A celebration of Birds of Prey, Soft play kindly lent from Thirsk’s Toy Library and for the more active festival goer, Wild running, Deer Shed have designed specific route for a Sunday morning run, which takes in the parts of Baldersby Park that the keen festival goer may not have explored before, running shoes and motivation to be provided by participants!
This year Deer Shed have teamed up with some local and national companies to give an additional injection of creativity! Sunderland City Council, extending their family friendly activities away from Sunderland’s beaches and multiple attractions, are sponsoring the Family Workshops area, enabling the festival to splash out on even more ingenious and bonkers ways to keep the whole clan occupied and engaged throughout the festival! Deer Shed has also teamed up with everyone’s favourite mechanical toy, Meccano, who are donating a heap of their legendary kits. Aspiring and professional mechanics alike can try their hand at building anything imaginable, be it a racing car, jet plane, motorbike or helicopter, Meccano offers a variety of different models, movements and parts to keep even the most senior mechanics busy for hours!
The fun doesn’t just relate to children and purely family orientated activities however, the good folks at Deer Shed Festival also take their ales and beer tasting very seriously and are welcoming back York Brewery, to run their very own onsite beer festival. With a full range of tasty ales to try as well as the festival special, Machines brew, the hard earned pint at the end of a long festival day will never have tasted quite so delicious!