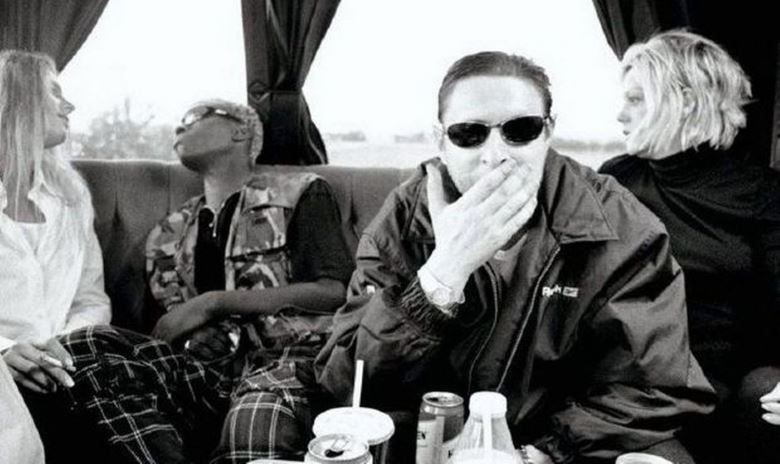 Celebrating its fifth year, the multi-award winning Festival No.6 has today announced a host of new acts and DJs as well as an arts and culture programme including Irvine Welsh, Shaun Ryder and more.

The wonderful Brythoniaid Welsh Male Voice Choir, the homegrown stars of No.6, return for the fifth consecutive year with a very special Piazza performance planned.

The unparalleled Irvine Welsh returns on the 20th anniversary of Trainspotting, the film of his million-selling book, the follow-up of which is currently being filmed by Danny Boyle. The Sunday Times declared Welsh a “Genius. The best thing that has happened to British writing for decades.” The mighty Shaun Ryder, leader of Happy Mondays and Black Grape, will make a rare speaking appearance, talking for the first time about his unique approach to lyrics. The late, great Tony Wilson famously declared Shaun Ryder was “on a par with W.B Yeats.”

No.6 is excited to welcome the incredible world-renowned French theatre company Compagnie des Quidams to Portmeirion for the first time, leading the theatrical spectacles planned for this year’s festival, including the incredible Festival No.6 and famous nightly torchlit processions and illuminated parades.

The incredible Dr. John Cooper Clarke will returning by popular demand after his performance on the piazza was one of the highlights of No.6 in 2013.

2016 marks 40 years since Dr. Who was filmed at Portmeirion and 50 years since filming of The Prisoner started, and DJ Yoda will celebrate both anniversaries with a very special themed DJ Yoda does Sci-Fi Portmeirion audio-visual spectacular. John Mithinson, multi-talented co-creator of the hit BBC show Q.I., will be bringing a special Q.I. Quiz, created especially for Festival No.6.

With Noel Gallagher headlining No.6, there will be an exclusive preview of the new Oasis film, with a Q&A with director Mat Whitecross. A special fusion of live music and cinema with Morricone in Love, featuring Morricone’s earliest scores. There will also be a rare screening of Matt Berry’s AD/BC rock opera, an exclusive preview of the new Howard Marks film The Real Mr. Nice and About A Badly Drawn Boy, accompanied by a live performance by Badly Drawn Boy, plus an early screening of The Sad & Beautiful World of Sparklehorse. Cosey Fanni Tutti, the innovative performance artist and musician will also be in conversation with Andrew Weatherall.

Comedy is a serious part of the arts and culture mix at No.6 and this year’s hilarious bill includes multi-award winning Paul Foot, recently described by The Independent as a “comedy genius”, novelist, stand-up and improviser extraordinaire Mark Watson, comedian and panellist Joe Lycett and winner of the British Comedy Award for the Best Female TV Comic, the gifted actor and comedian Aisling Bea.

Festival No.6 is a bespoke banquet of music, arts, culture and gastronomy, taking place over the weekend of the 1-4 September in the magical village of Portmeirion, Wales, home of the cult TV series The Prisoner. With more live artists, DJ's, renowned chefs, speakers and surprises yet to be revealed the fifth Festival No.6 is certain to be the most impressive to date.

During the festival the village and the surrounding woods come alive with a unique series of inspiring venues including the Central Piazza, the picturesque Estuary stage, the Late Night Pavilion, Castell Gardens, the historic Town Hall, The Tangled Woods, a floating dancefloor and much more hosting everything from main stage moments to intimate performances from iconic bands, world class DJ's and an unparalleled arts and culture programme.

Constructed between 1925 and 1975 by maverick architect Sir Clough Williams-Ellis, Portmeirion is a wonderfully bizarre and elaborate interpretation of a Mediterranean villa, nestled in the stunning mountains and forests of North Wales overlooking the expansive estuarial waters of the Irish Sea.