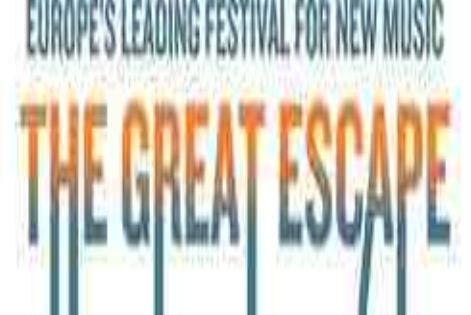 THE GREAT ESCAPE 2013 ANNOUNCES ITS LEAD INTERNATIONAL PARTNERSHIP WITH DON’T PANIC! WE ARE FROM POLAND

The Great Escape is pleased to announce that Poland’s Adam Mickiewicz Institute will be its lead international partner for the 2013 festival in Brighton, presenting Don’t Panic! We Are From Poland. This longstanding Polish institution will transport the very best of its dynamic, home-grown talent across the channel to showcase during Europe's leading festival for new music.
The Festival’s cross-continent partnerships have enabled new artists and musicians from across the world to come to the attention of the varied and influential audience at The Great Escape. Previous lead international partners include Catalonia & The Balearic Islands(2012) Ireland (2011), Australia (2010), New Zealand (2009), Norway (2008), France (2007) and Canada (2006), with international acts such as The Temper Trap, Madeon, Ladyhawke, Broken Social Scene, The Naked and Famous and James Vincent McMorrow being brought to the event.
Pawel Potoroczyn, Director of the Adam Mickiewicz, said: "Since we established the first Don`t Panic! We Are From Poland event in 2008, this showcase of current Polish music has become an identifiable brand throughout Europe and North America. Its recognition and reputation opens the door for music from Poland to be presented at the most important global music business events. The Adam Mickiewicz Institute is delighted to strengthen its relationship with The Great Escape, as host country, having being involved with the festival for the last four years. Absolutely don’t panic! And pay attention to Central Europe.”
Festival Director for The Great Escape, Kat Morris added: "We’re thrilled to be presenting Poland as lead country partner for The Great Escape 2013. We have showcased Polish artists at TGE for the last four years and have been greatly inspired by the new talent and music businesses that have emerged during that time. 2013 feels like the perfect opportunity to put the spotlight on Poland and we’re really looking forward to unveiling the full line up in the New Year."
The Great Escape has welcomed many Polish bands and artists in previous years such as Paula & Karol, Novika And The Lovefinders, Bueno Bros, Tres B, Rebeka, Indigo Trees, The Car Is On Fire and Kamp!
In its eight year history, The Great Escape has quickly established itself as an international platform for new talent, with over 30 countries represented throughout the three-day programme, from Australia, Brazil, Canada, China, Finland, France, Germany, India, Ireland, Japan, Netherlands, New Zealand, Norway, Poland, Russia, Spain and the US. The 2012 festival hosted 16,000 attendees over the three-day event, of which 3,000 attendees were also registered delegates, representing 25 countries respectively.
The Great Escape will return to the bustling British seaside city of Brighton from the 16-18 May 2013, presenting festival-goers with over 350 new artists, from local to international acts, across 30 different venues throughout the city.

Published on 30 November 2012 by Wayne Feltham