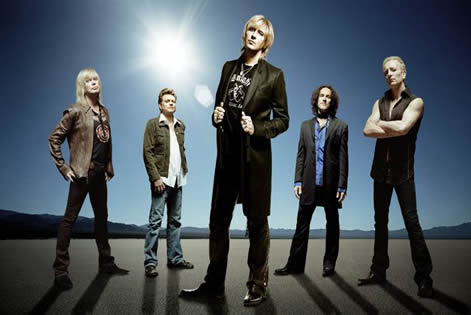 British Rock legends Def Leppard are set embark on a UK tour with Motley Crue this December. The tour will see them play 6 UK dates with Steel Panter as special guest support.

Def Leppard frontman Joe Elliott says, “I can't tell you enough how thrilled I am to announce this tour !! ... we always strive to make our shows an event & to have Motley Crue & Steel Panther along for the ride makes this an event that just can't be missed for rock fans across the UK !! ... come join us on what will be the event of the year !!
2011 has also seen the release of the band first ever live album, “Mirrorball” featuring classic tracks, three band new recordings and a bonus DVD and Leppard's first coffee table book, titled "Def Leppard – The Definitive Visual History”.

Published on 30 August 2011 by Wayne Feltham