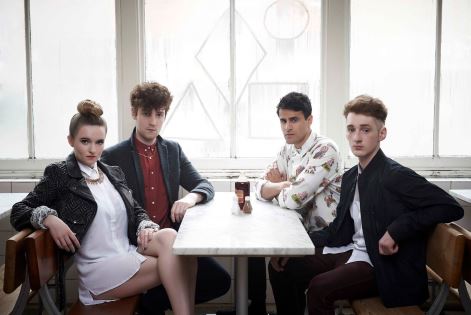 Also heading to the Hill Farm site is a dance stage presented in collaboration with Switch and crowned by Shy FX.

Clean Bandit’s rapid rise to fame has seen the quartet bag a Grammy for their hit ‘Rather Be’, now this summer will see them perform this and other smashes for the Truck festival audience. Formed whilst studying at the University of Cambridge the band hail from enemy territory given Truck festival’s proximity to rivals Oxford, no doubt a slice of polished electro-pop will build bridges during their set. Temples, signed to the much-respected Heavenly Recordings, bring a slice of psychedelia to proceedings. The band has previously supported none other than The Rolling Stones and Brett Anderson personally invited them to tour with Suede. Temples’ set at Truck therefore comes with some very weighty recommendations. A heady mix of rock, samples, spoken word and synths make up the mind-bending experience that is Public Service Broadcasting. The duo consisting of the enigmatically named J. Willgoose, Esq. and Wrigglesworth will provide a not-to-miss moment at Truck.

Next to step up to the Truck stages are Liverpudlian trio All We Are, indie-pop outfit Dog Is Dead and swaggering rockers The Bohicas. Husband and wife duo Summer Camp, Australian trio DMA’s and a young singer reminiscent of Jamie T, Rat Boy make up further additions to the line up.

Last but by no means least are The Magic Gang, rockers currently courting attention from the likes of NME, a band far from their Jon O’Groats home, Neon Waltz, singer/songwriter Jake Isaac and up-and-coming indie act New Desert Blues.

The two-day bash also encompasses a kaleidoscope of sets from headliners Basement Jaxx and Charlatans and many others such as Darwin Deez, Ghostpoet, Rae Morris, Eagulls, Honeyblood and many more.