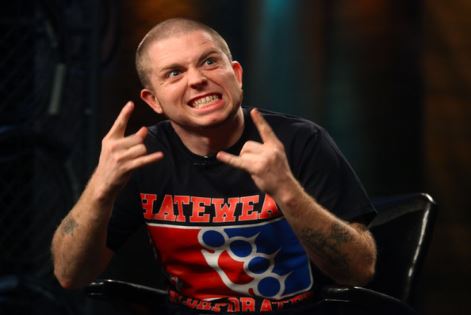 Connecticut's hard hitters HATEBREED announced that they have been added to the BLOODSTOCK OPEN AIR FESTIVAL 2014 line up ..

last week and as the guys were in town for The Vans Warped Festival recently, we decided to quiz front man Jamey Jasta about his favourite memories from the band's appearance at the festival in 2012, as well as what he's most looking forward to at Bloodstock 2014. Check out the video interview

Slipping into Saturday’s special guest slot are CARCASS. Having released their critically acclaimed new album, 'Surgical Steel' in September, the band are looking forward to their Catton Park return. Bassist/vocalist Jeff Walker warns, "Unfinished business…CARCASS will return to Bloodstock 2014. With new blood, new album, new songs, we'll be firing on all cylinders. If you think you've already seen this band, think again. We'll see you come what may in the mud and the rain, there to knock the air out of your inflatable swords and knock the wind out of your sails. Let there be rot!"

Published on 29 November 2013 by Ben Robinson