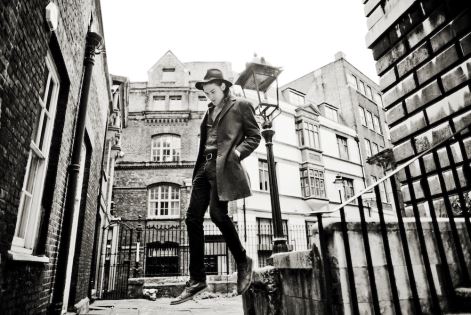 Red Rooster is delighted to announce an exclusive UK Festival performance from the mutli-award-winning blues legend Beverly ‘Guitar’ Watkins. At the age of 74, she has in six decades of performing, never played in the UK.

Saying that Beverly ‘Guitar’ Watkins is simply a guitar player is like saying a tiger is a house cat. Fearless, ferocious and phenomenal, Beverly Guitar Watkins repeatedly proves she is anything but domesticated. As a teen, Watkins teamed up with the legendary Piano Red and has rocked venues with the best of them for 5 decades, including artists such as James Brown, B.B. King and Ray Charles to name a few. In 1998, with Koko Taylor and Rory Block, Ms. Watkins was part of the all-star Women of the Blues “Hot Mamas” tour.
Also just announced is the incredibly talented young trouboudar Jamie N Commons. Born in Bristol Commons moved to Chicago at the tender age of six with his family and it was there that he developed his deep love of American music. Having spent the last few months in LA recording his new EP (due for release on May 6), Commons is already picking up many high profile supporters including US rapper Eminem who has sampled his voice for upcoming single. Other additions include Dublin-based brothers Hudson Taylor, The Riptide Movement, St Paul and The Broken Bones and Jesse Dee.
The beautiful grounds of Euston Hall, Suffolk will be the location for the new and exciting Red Rooster festival, which launches this September 13-15th.
Embracing the sounds and lifestyle of the American Deep South, Red Rooster aims to become the premier boutique festival for Rhythm and Blues,Americana, Soul, Roots and Country music.
Gates will open on the afternoon of the 13th September and finish in the early hours of the morning of the 15th September.
BBC 6 Music DJ, Cerys Matthews is happy to see a new roots and blues festival:
"Through my BBC 6Music radio show I'm really aware of an ever increasing audience for roots and blues music. The UK doesn't have an equivalent of the legendary New Orleans or Newport Jazz Festivals; this being music made to be performed live, the idea of a real Rhythm and Blues Festival such as Red Rooster will create a great excitement, with both audience and live acts queuing up to be there "
Food and Drink: -
All food and drink on offer will be based around the theme of the Deep South too - expect to encounter one of the best BBQ joints outside of Mississippi! Whether it’s Cajun and Creole, BBQ, bourbon, or gumbo and jambalaya, the organisers are guaranteeing you'll leave their kitchen fuller than a tick on a hound dog. There’ll also be farmer’s market for guests to browse and take home a taste of the South before making their way home.
Award-winning bar operators and drink designers Soul Shakers will provide a fine menu of drinks from the Over The Border and Deep South bars – sample their best bourbons, rye whiskeys, Rooster margaritas, julep cocktails – all the wonderful flavours of the South.
Camping is free for all festival guests.
The team behind the festival comprises:-
James Brennan, best known as a promoter, as well as one of the chief bookers of Secret Garden Party and the producer of The Crossroads, Secret Garden Party’s R&B, Soul and Americana venue.
The Duke of Grafton, who toured as part of the team with the Rolling Stones on their Bigger Bang Tour, lived in Nashville for a number of years, a huge supporter of Red Rooster’s targeted music genres and the owner of the Suffolk Estate.
Steve Abbott, manager (artists include /have included Cerys Matthews, Lang Lang, Jeff Buckley, Mercury Rev, Pavement, Nicola Benedetti , EMF ) consultant for Decca and Verve Records, as well as a TV and radio producer .