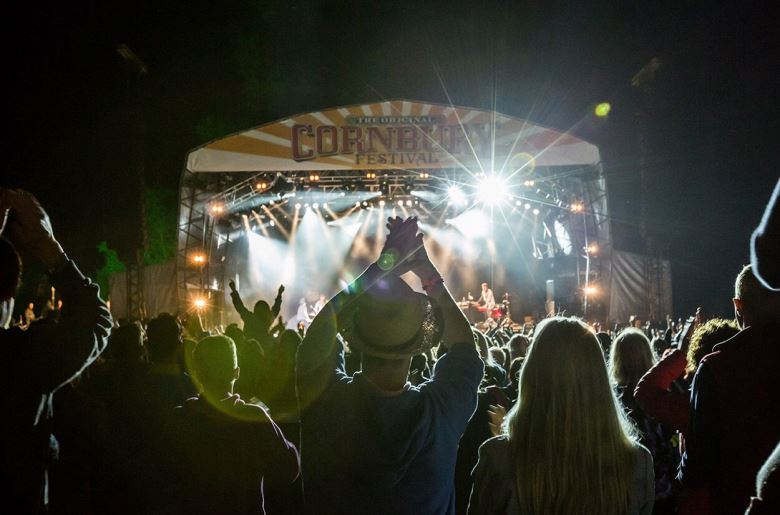 Cornbury Music Festival is on target to deliver the best ever line up for its final festival with the signing of international superstar Bryan Adams as headline act on Saturday 8 July 2017.

Getting Adams to agree to play his only UK Festival in 2017 is quite a coup for Festival Director Hugh Phillimore and, on a personal level, fulfills a long term ambition: 'Ever since I saw an awesome performance at Wembley way back, I’ve been trying to bag a show with Bryan – pestering him for over 20 years. We’re all very excited that he has agreed to join us for our Finale It will definitely be worth the wait.'

Phillimore recently announced that next year's event, the 14th, will be the last, much to the consternation of Cornbury fans who rushed to secure Earlybird tickets. Saturday day tickets along with weekend tickets will be available in all formats from 9am on Thursday 1 December.

Canadian born, but with dual Canadian and British nationality, Adams has achieved enduring success internationally with a string of multi-million selling albums. In the UK he’s had 12 top ten singles and still holds the record for the longest consecutive No 1 with (Everything I Do) I Do It For You, which topped the charts for 16 weeks in 1991.

'We've had a fantastic run over the last 13 years and are very proud of the lovely event we've created' says Phillimore: 'We’ve hosted a marvellous annual party for our loyal audience – the odd royal, multigenerational families, aristocracy, Prime Ministers, film stars, farmers, rockers, and ladies who make exceedingly good cakes. We have found ourselves in the centre of a wonderful community and are proud that we’ve been able to benefit many local causes over the years. Join us for what’s going to be one hell of a farewell party.’

Published on 28 November 2016 by Ben Robinson