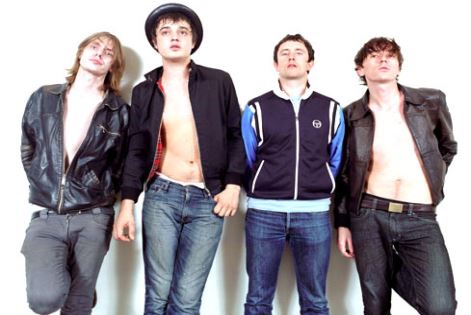 Babyshambles and Parlophone are thrilled to announce that the third Babyshambles album Sequel To The Prequel will be released on September 2nd.

Precededby a first single Nothing Comes To Nothing – due for release on August26th – the album was recorded at Question Du Son, Paris and mixed in TheBunker, London, with producer/mixer and long time Shambles collaborator StephenStreet. Filled with hooks and humour, the album features some of the band’sfinest ever lyrics ranging from the tender to the downright hilarious.Musically it has already been called their most accomplished and collaborativework to date.

As Peter Doherty told theNME last week, “I don’t want this to be half arsed, I want to get up there andreally fu*king smash it out. Babyshambles aren’t back, this band has always been here”.   Onhearing the final version of the single Nothing Comes To Nothing, Peterstated, “it actually made me cry.”

Sequel To The Prequel tracklisting:

2. Nothing Comes To Nothing

7. Sequel To The Prequel

10. Picture Me In A Hospital

11. Seven Shades Of Nothing