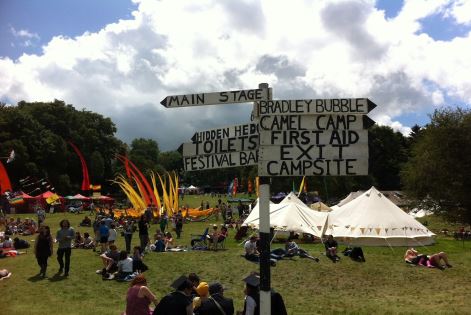 In less than one week the legendary, award-winning TINY BUT MIGHTY festival returns to Hampshire with one of it’s biggest line-ups as weather forecasts look to shine down another sell-out year of SHEER BLISS.

BLISSFIELDS FESTIVAL 2013
ONE WEEK TO GO ! ! !
A “BEST SMALL FESTIVAL” WINNER AT THE UK FESTIVAL AWARDS
“An enchanted weekend – more of the same next year!” CLASH
“From strength to strength… Blissfields is a festival that I genuinely look forward to going to each year, and hope to continue to enjoy for years to come” EFESTIVALS
“An incredible festival” XFM
LESS THAN ONE WEEK UNTIL BLISSFIELDS FESTIVAL WELCOMES BASTILLE, MYSTERY JETS, THE D.O.T., MATT CORBY, THEME PARK, PUBLIC SERVICE BROADCASTING, FAMY, BONDAX, DRENGE, AND MANY MORE
+ THE FINAL OF THE FESTIVAL’S NATIONAL TALENT SEARCH ROAD TO BLISSFIELDS
+ LAUNCH OF AN INDEPENDENT FILM FESTIVAL
+ LAUNCH OF THE BLISSFIELDS BEER FESTIVAL
In less than one week the legendary, award-winning TINY BUT MIGHTY festival returns to Hampshire with one of it’s biggest line-ups as weather forecasts look to shine down another sell-out year of SHEER BLISS. The festival prides itself on providing a full festival experience, no corners cut, scaled down to an intimate setting that has provided the backdrop to people’s summers for now 13 years.
Founders Paul and Mel Bliss have said, “we were so excited to sell out so far in advance of the festival this year, and for the first time at our new home on Vicarage Farm, bringing back such sweet memories of the much smaller festivals we ran on our own farm which used to sell out like this. The Blissfields family may have grown but it still feels just like that - our festival family getting back together in a field again!
To have sold out this year with the difficult economic climate makes us even more elated and gives us real faith in the future and the amazing team that have put the event together with us, and for festivals in general. There’ve been so many wonderful festivals cancel over the past few years, some big and some small - even we had to cancel in 2008 - making it especially humbling to be back with our biggest capacity, strongest line-up and in a position where we can now put on the most exciting show we ever have done.”
Under the banner ‘The Director’s Cut’, the award-winning Hampshire festival will be celebrating all things film in its 13thyear, from the early talkies to VIP Hollywood parties. Expect a weekend full of red carpets, interactive games, popcorn-throwing dance-offs, film screenings, the best soundtracks, visual treats, hidden treasures and all the usual fun that Blissfields has become synonymous with… topped by an incredible music bill.
Bastille’s Dan Smith has said, "we're massively excited about our first ever headline slot at a festival. Particularly because we love Blissfields so much, and because they've been so supportive to us over the last couple of years”.
Mystery Jets added, "It's been a long time Blissfields and we've missed you. The last time involved some happy mis-adventures, not forgetting of course the incredible show of warmth from the Bliss kids as we played our songs. Sunshine, cider, music and many other things are gonna mix together to make this a real blast and we're very much looking forward to joining you all on that. Thank you for having us, L O V E."
Elsewhere on the festival program, this year sees the launch of the Blissfields Independent Film Festival inviting new film-makers to showcase their shorts before a panel of expert judges, and the Blissfields Beer Festival in association with Hobgoblin, offering pairing on some wonderful local ales.
There’s also a highly acclaimed children’s and family area, an arts and crafts village, secret parties, art sculptures and installations, an acoustic café, and so much more on offer within the tree-lined site of the intimate, friendly Blissfields Festival.