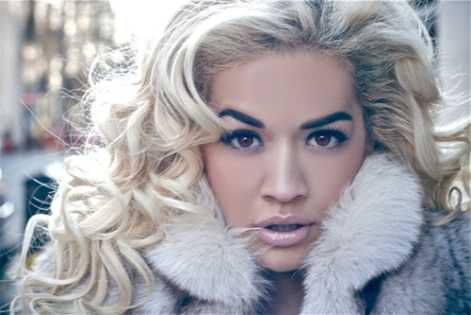 Following the No.1 success of the gold selling DJ Fresh track ‘Hot Right Now’ and her own UK No.1 debut ‘R.I.P’, Roc Nation / Columbia Records signing Rita Ora returns with a brand new single ‘How We Do’ (Party) released on 12th August.

To celebrate the release of the single and her forthcoming debut album Rita Ora will be playing two exclusive headline shows in the UK – Manchester Sound Control on 29th August and London’s Scala on 30th August.

‘How We Do (Party),’ is an infectious pop-rock party anthem paired with her stunning vocals.  Lyrically, ‘How We Do (Party)’ celebrates being young and having fun, as Rita sings, “We're tearing up the town, 'cause that's just how we do" over production duo The Runners' irresistible guitar and drum driven beats.  Rita and The Runners have created one of the most addictive tunes of 2012, and ‘How We Do (Party)’ is sure to be an essential on every playlist this summer.

After touring with Coldplay around Europe and sensational performances at the Capital Summertime Ball, Lovebox and Radio 1’s Hackney Weekend, Rita will be returning to the UK in August for two very special headline shows where fans will be able to see Rita perform live No.1 singles 'Hot Right Now', ‘R.I.P’ and her new single ‘How We Do (Party)’.