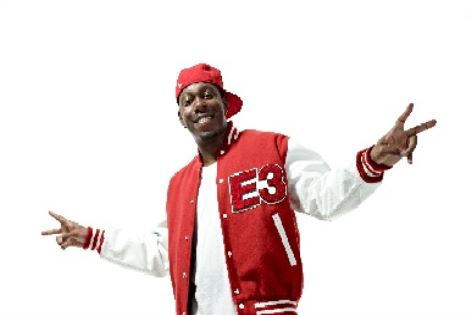 Two summers ago the rapper famously performed his hit single “Bonkers” during the London 2012 Olympics Opening ceremony, to an estimated TV audience of nine hundred million people.
It’s hard to believe it has been ten years since Dizzee first burst onto the British music scene with his Mercury prize-winning debut album ‘Boy in Da Corner’. Since then he has established himself as one of the UK’s leading solo artists, with his music offering a unique blend of Grime, Garage, Rap and Hip Hop genres. He has also enjoyed ground breaking crossover success in his collaborations with DJ’s such as Calvin Harris for the UK hit single ‘Dance Wiv Me’, rewriting the UK Garage and Brit Rap rulebook.
Having released his fifth studio album, aptly entitled “The Fifth” last September, which includes collaborations with other leading solo artists including Robbie Williams, Tinie Tempah, Jessie J and Will.i.am, Dizzee Rascal is certain to provide unrivalled entertainment with a dynamic and energetic display as he performs his extensive list of UK hit singles.
Rupert Trevelyan, Regional Director London of Jockey Club Racecourses, said: “Dizzee Rascal is a much loved music artist and on the 6th September we look forward to hearing his range of music making for a night of exciting racing and lots of dancing!”
Ticket prices start at £30 for adults and £20 for children if booked in advance and the first 1000 tickets are available with 20% off at £24! To book your tickets visit Kempton Park’s website www.kempton.co.uk or call 01932 753518.