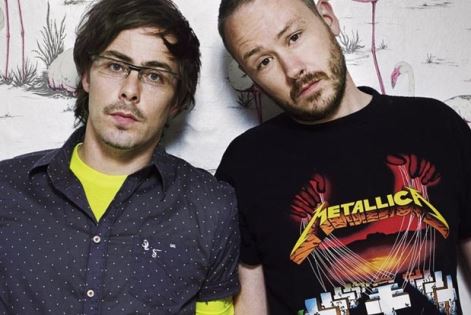 Kendal Calling has pulled together its best ever line up as the multi award winning festival returns for the eight time to its stunning base in the Lake District, widely acclaimed as the most beautiful festival site in the UK.

With huge headliners Primal Scream, Basement Jaxx and the Charlatans headlining respective nights and special guests such as Public Enemy, Seasick Steve, Johnny Marr and many more taking to the stage over a wonderful musical weekend, Kendal Calling is a must for those who love their festivals small and perfectly formed.
Leading a brand new wave of confirmed artist is Warwickshire songstress Lucy Rose who is spearheading the second wave of nu-folk pioneers.  This singer songwriter’s heart-stoppingly poignant songs and crack porcelain voice could melt the stoniest of hearts and she will be performing tracks from her critically acclaimed debut album ‘Like I Used To’.
DJ Yoda was instrumental in creating the bootleg ‘cut-up’ mixing style.  From hip-hop beginnings, DJ Yoda has evolved in the past ten years, using his turntable skills and diverse influences as varied as Funk, B-more, Kuduro, Reggae, Drum ‘n’ Bass and even Big Band Swing and Country & Western to make unashamed party music. He can be found cutting the Indiana Jones theme with woofer-worrying Dubstep or The Muppet Theme with MIA.  Trail-blazing into the world of the audio-visual he pioneered a new artform, using cutting edge technology that he has been instrumental in developing, to scratch and mix visuals on top of his DJ sets in the clubs.  DJ Yoda has transformed the average night out into a fusion of clubbing and the movies.
Birmingham boys The Twang write great British indie rock anthems and will be performing tracks from their three studio albums whilst seminal electronic outfit and Manchester music legends, 808 State will be perform a euphoric DJ set of classic acid house.  Psychedelic sonic adventurer Richard Norris will also take to the decks alongside house music legend Ashley Beedle.
Clean Bandit are a band built around a string quartet, mixing classical, hip hop and house to mesmerising effect.  This is a must see show and the band will be performing their hit single Mozart’s House.  Elite Force is one of the leading proponents of the emergent tech-funk movement, fusing house, breaks, electro & techno whilst Maribou State are one of the hottest production and DJ outfits in the country, regularly tearing up dance floors across the UK.  Manchester drum & bass and dubstep disciples North Base will have the crowds jumping whilst Maths Time Joy’s otherworldly productions are deep and mesmeric.
Acts will perform over 14 stages with the following stages confirmed today:
Chai Wallahs
The critically acclaimed and award winning Chai Wallahs will make its return to Kendal Calling, encouraging true expression of the creative spirit, its diverse musical roster explores dub, reggae, blues, hip-hop, afrobeat, folk, gypsy and rock, delivering a program that always climaxes in THE party of the festival.  Chai Wallahs’ long-standing community driven ethos and ethical nature still very much encapsulate the true festival spirit, providing inviting intimate spaces to relax, rejuvenate and recover.  Energising its guests this year with a range of breakfasts, pizzas, pastas, brandy chai, rum hot toddies and herbal shots, Chai Wallahs is most definitely the place to fill your soul with All Good Things.
Happy Slap Boutique
Happy Slap Boutique return with a dark, twisted crew of the dead and dying, hellish beasts and freaks of nature. This year we delve in to the shadows with our side splitting, gory stage shows, blood curdling DJs and legendary macabre make-up boutique taking influence from countless 80s Horror films. Happy Slap Boutique's blood-stained inferno is open day and night for all sorts of carnage, but whenever you visit, a party with the dead is something you'll never forget and if you are one of the lucky few, you will discover our secret stage and be treat to one of our crazy, grotesque, intriguing or just surreal shows.
Songsmith Solar
There is nothing better than finding a little common ground and meeting some new faces. Songsmith Solar is a stage nestled away within the Campsite.  Music comes courtesy of the Solar Powered Songsmith who have programmed an eclectic bill of music powered by the sun.
Situated in one of the most beautiful locations in the UK, Kendal Calling has established a reputation as one of the most forward thinking festivals in the country, combing fantastic music, great food, award winning ales and good times in the outstanding surroundings of the Lake District.
Last year Kendal Calling sold out a remarkable seven weeks in advance of the show and the festival has sold out in each of its seven previous years.  Despite adding a number of
new developments for 2013 organisers have kept the event to the same capacity as last year protecting the festivals intimate feel and attention to detail for which it is renowned.
This year’s fancy dress theme is Kendal Calling Goes To The Movies and at just £115 for a full weekend ticket with camping, Kendal Calling is extraordinary value and the most fun weekend you can spend in the fields!