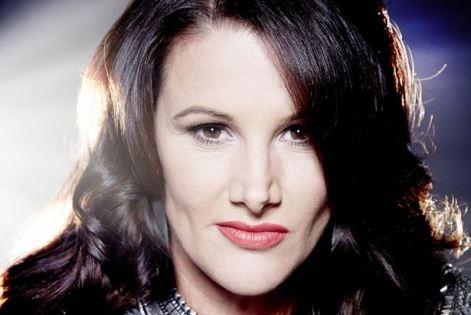 The festival’s director Tony Scott remarked on the booking, “What a coup!  We really are thrilled to have Sam play at the festival, she was fantastic on X factor and we can’t wait to see her live on stage right here in Guildford!”  Following a Christmas number 1 last year with her cover of Demi Lovato’s ‘Skyscraper’, Sam supported Beyonce in February, and in March her new album ‘The Power of Love’ debuted at number 1 – not bad work for an ex-prison guard!  Affectionately named ‘Screwbo’ by her legions of fans (a fan base that includes Gary Barlow, Sharon Osbourne, and Michael Bolton) Sam Bailey is a true star that will no doubt set the stage alight on Saturday night at GuilFest.
The Kane FM presents Funky End Dance Tent is beginning to take shape!  Topping the bill on Sunday 20th July are Sigma.  Having just had a UK number 1 hit with their excellent rework of Kanye West’s ‘Nobody To Love’, born and bred Guildfordian Cameron Edwards and Joe Lenzie AKA Sigma have now joined the likes of DJ Fresh in the extremely exclusive club of underground drum and bass artists to have accomplished this feat.  Highly sought after DJs and producers, they have received such accolades as the 'hottest record in the world' on Zane Lowe’s Radio 1 show & ‘record of the week’ by Greg James. With remixes of Ellie Goulding, Eric Prydz, Groove Armada, Skepta, Sway and Rusko under their collective belts, the sky really is the limit for one of the hottest acts in electronic music right now.  Organisers are delighted to welcome the guys back to GuilFest for what will surely be an explosive set and a fitting end to the weekend’s proceedings in the dance tent.
Hip hop legends The Sugarhill Gang are confirmed to perform on the main stage on Sunday 20th July.  When you mention legends in the music industry, hip hop’s first superstars and pioneers The Sugarhill Gang clearly fit the criteria.  They first made history in 1979 with their debut 12” single ‘Rappers Delight’ - the first commercial rap record ever made - which later went on to become the largest selling 12” single of all time with over 15 million records sold!! In 2010, Rolling Stone magazine listed “Rapper’s Delight” as one of the 500 greatest songs ever recorded and in May 2012, it was added to the Library Of Congress National Recording Registry.  Today, The Sugarhill Gang is touring more than ever and still selling out venues throughout the world.
House and 2step don Shadow Child aka Simon Neale headlines the Kane FM presents Funky End dance tent on Friday 18th July.  Having successfully carved out a niche for himself in the house and deep house scene under the alias Dave Spoon, Simon Neale released his debut track as Shadow Child in 2012 to universal applause on the critically acclaimed Dirtybird label.  Hitting the charts with his track ‘Friday’ last year after support from the likes of Mistajam and with a very popular weekly show on Rinse FM, Shadow Child has already become a huge name in the deep house scene.  Don’t miss this chance to catch him at GuilFest for the first time.
Rising D’n’B stars Fred V & Grafix are confirmed to support Sigma on The Kane FM presents Funky End Dance Tent on Sunday 20th July.  With support from Radio 1 heavy weights Zane Lowe and Annie Mac, Fred V & Grafix made their first appearance on the legendary Hospital Records as part of the “Fifteen Years Of Hospital Records” album back in 2011.  With their remixes of Emeli Sande’s “Daddy”, Skepta’s “Hold On”, Camo & Krooked’s “All Fall Down” and of course their amazing remix of Rudimental’s chart-topping No. 1 hit “Feel The Love”, Fred V & Grafix have continued to take the scene by storm.  Expect an electric set of the latest in liquid drum and bass rollers.