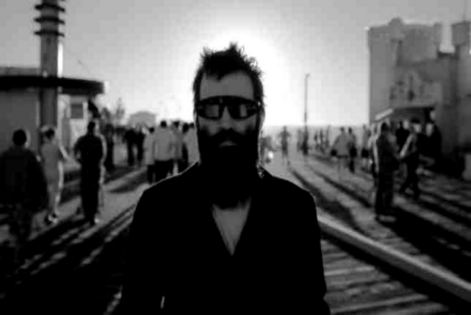 On 14th – 17th July in the sumptuous surrounds of the Suffolk countryside, the welcoming daisy-adorned gates will open for the 6th edition of the magical and fantastical Latitude Festival.

The Word Arena’s large canopy stands proud at the top of the hill and looks out over the beautiful Latitude site. The arena plays host to a veritable smorgasbord of musical pleasures and once inside, crowds are transfixed by an eclectic line-up that crosses genre boundaries effortlessly. Foals are already confirmed as headliners and with another stellar line-up currently being confirmed - this really is the place to witness something truly special.

Joining Foals as a headliner for the Word Arena on the Friday is Bombay Bicycle Club. Despite just coming out of their teens, Bombay Bicycle Club are a creative force to be reckoned with. Since their early gigging days in 2006 and the growing popularity from debut album 'I had The Blues But I Shook Them Loose' released in 2008, they've been a regular touring spectacle. Since the release of last year's 'Flaws’, a far more understated, folk-inspired and soulful effort, and the relatively instant standing ovation it received from critics and record buyers alike, the band have leapt from strength to strength. Invigorated by recent success, they’re set to release their third album – drifting back to the electric guitars prominent on the first album - in the summer before the second stage headline performance at Latitude 2011. Sunday’s Word Arena headliner is the incredible Eels. Mark Oliver Everett, often abbreviated to E, is the brainchild, creative energy and emotional core of Eels. Through family tragedy, heartbreak and personal problems, E has carved out a rich, illustrious body of work spanning fifteen years. Commercial hits include 'Novocaine For The Soul' and 'Mr E's Beautiful Blues' but it is the recent glorious, and challenging, trilogy of albums 'Hombre Lobo', 'End Times' and 'Good Morning' that have seen Eels hit their creative peak. Marrying sombre subject matters to pretty and timeless melodies create music that is loaded with pop suss, melancholy hooks and some eclectic experimentation. The live shows are inexhaustibly unexpected, from tropical re-arrangements of old classics to playing with a full orchestra; there's no telling what E will decide to give you. With DJ’s, a Winter’s Ball and late night parties found throughout the site, it is a unique and special weekend of fun, culture and entertainment. An intimate world away from reality waiting to be explored and enjoyed.