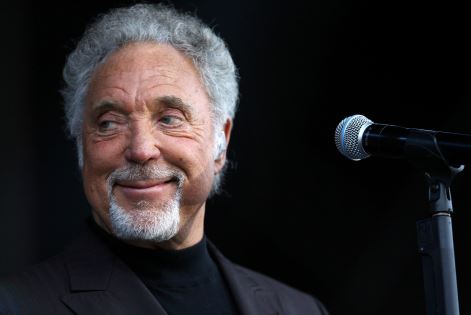 With a career that spans over five decades, Tom is indeed a living legend. Over the course of his phenomenal career he has won a string of accolades including BRIT Awards for Best Male and Outstanding Contribution to Music, a Silver Clef Award for Lifetime Achievement, the Hitmaker Award from the Songwriters Hall of Fame, and the prestigious Music Industry Trust Award.

Tom is one of the few musical artists whose profession began at the dawn of modern popular music who continues to have a vital recording and performing career to this day. His irresistible show traverses musical eras and genres, appeals to young and old, male and female, mainstream and cutting edge. Tom has always been about the power of the song, the power of the voice.

Tom Jones said: "I’m so excited to be playing at King Henry VIII’s palace. It’s such an historic and beautiful setting. I look forward to seeing everyone for a great night out."

Hampton Court Palace Festival is renowned for creating a truly unforgettable experience. Artists perform in the historic main courtyard of the magnificent Tudor Palace providing an intimate atmosphere for an audience of 3,000. Corporate Hospitality and VIP Packages are available in the State Apartments and Festival-goers can also arrive early (doors open at 5.30pm) to enjoy picnics on the Palace Garden lawn or underneath a luxury waterside gazebo before the show. New this year is the Champagne Concert ticket offering premium front-of-stage seating and includes a glass of champagne to enjoy before the concert.

Published on 28 January 2016 by Ben Robinson