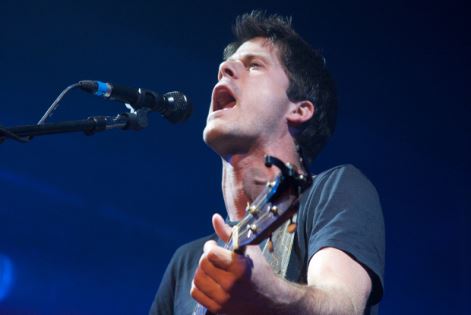 Shrewsbury Folk Festival has announced its first artists for 2014 as it prepares for earlybird tickets to go on sale on December 1.

Bellowhead, Seth Lakeman, The Dhol Foundation, and Lau are among the headliners who will top the bill at the four-day event at the West Mid Showground in Berwick Road from August 22 to 25.

Patron Steve Knightley will bring his Wake the Union show to the festival, that will see the Show of Hands album performed in its entirety.

Coming to the festival for the first time will be Molotov Jukebox, a six piece band headed by actress and musician Natalia Tena, who played Nymphadora Tonks in the Harry Potter film series and has also starred in Game of Thrones.

The festival has four music stages, a dance tent, dozens of workshops, a popular children's festival, a dedicated youth programme for 12 to 17-year-olds, onsite camping, a craft fair and food village.

It regularly features in top festival lists in magazines and national newspapers and often sells out several months in advance of the festival.

Director Alan Surtees said: “Everyone said 2013 was our best festival yet but we’re determined to top that in 2014! We are still working on the line up and will reveal more exciting artists in the coming months.

“As our regular festivalgoers know, we bring the cream of the UK and international folk world to Shrewsbury and they can always expect to discover a new artist they’ve never heard of or seen before – we always like to throw a few different things into the mix.”

Mr Surtees added: “We offer a brilliant festival site in a central location and a unique atmostphere created by our visitors. It’s a place where you can arrive on Friday and completely relax for four days.”

The earlybird offer on tickets lasts until March 31. Adult weekend tickets are £120 until then. Day tickets start at £32.50 for adults.

Children under four go free and family tickets are available. Onsite camping is available to all weekend ticket holders with prices held to the same as this year at £20 per adult.

Published on 27 November 2013 by Ben Robinson