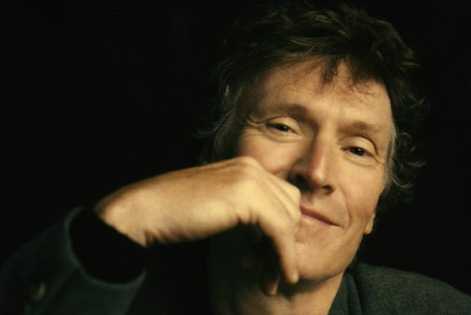 Fans of Britain's best organised, most civilised festival are just a day or two away from leaving on their annual pilgrimage to Great Tew Park and the delights of the 2012 Cornbury Festival. The stages are ready, the glamping area preened, polished and cleared of wild beasts, while the Festival's official ale - Hobgoblin from the Wychwood Brewery - is gently relaxing in its barrels ready for the perfect weekend in the country.

Already we knew we had ELVIS COSTELLO, JAMES MORRISON and KATZENJAMMER to savour...we knew PIXIE LOTT was coming, as well as MACY GRAY, ALISON MOYET and JOOLS HOLLAND. And yes, we'd announced that WILL YOUNG, THE WATERBOYS and HUGH LAURIE and his COPPER BOTTOM BAND are playing. But now look...

From Friday evening's Songbird Stage, just as Cornbury gets into its swing, we'll welcome a guest appearance from songbird extraordinaire and aspiring rock goddess CHARLOTTE CHURCH, the Welsh phenomenon whose first break came at the age of 11 as a classical singer, when she was originally said to possess "the voice of an Angel". Charlotte's now on a nationwide British tour with her band promoting new tracks and new style to devastating effect.

ROCK LEGEND STEVE WINWOOD will be looking in to guest with STAXS on Sunday afternoon... Imagine - the voice which sang "Keep on Runnin" with SPENCER DAVIS and "Paper Sun" with TRAFFIC in the sixties, which won a Grammy in the eighties for "Back in the High Life Again" and is still recording, just happens to be a nearby Gloucestershire resident.

Also appearing on Sunday at this years' Cornbury - 'hovering on the edge of stardom' in the words of Festival chief Hugh Phillimore - is the British trio Honey Ryder, bringing their note perfect folky acoustic sound to the Oxfordshire countryside, a timely reminder of where and how and why open air festivals ever started happening anyway.

So Cornbury's music is set, and Cornbury's comedy too, thanks to the
Absolute Radio Comedy Emporium, but did you realise QI, the fabulously civilised and civilising television programme, is coming on the road to Cornbury ALL THE WAY FROM OXFORD - that's more than 18 poptastic, record-breaking miles.

"So... as our bestest local chums from QI are busy herding their elves and celebrities into a divine new festival experience for your delectation, the chaps at Absolute Radio are preparing to stuff their comedic emporium with tax dodgers and we're still looking for our summer clothes, don't forget that a little moisture completes the true festival experience and anyhow the forecast is improving by the second."