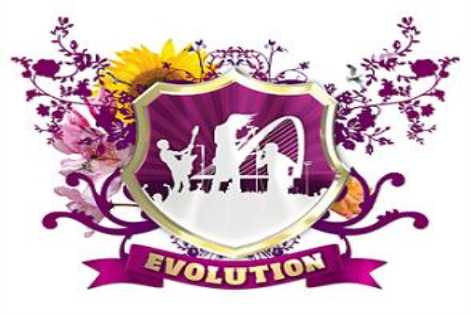 One of the UKs biggest dance, indie and urban festivals, Evolution, has announced that it will be travelling from the North East for the first time for a one-off North West event as part of the Preston Guild 2012 celebrations.

The Preston-based event will be named ‘G-volution’ in honour of Preston Guild, a year-long celebration of cultural, sports and civic events held every 20 years in the city.

Evolution, which has been attracting crowds in the North East since 2002, will call Preston home on Saturday 8 September.

G-volution will see 15,000 revellers gather around a main stage in Preston’s Avenham Park, for performances by a mix of big-name live acts and up-and-coming talent.

Evolution organisers this month announced the line up for the North East festival which will take place in June. Headliners at the Newcastle event include Dizzee Rascal, Deadmau5, Noah and the Whale and Maximo Park and the Preston event is set to attract equally big names. G-volution tickets will go on sale when the line up is announced later this year.

The G-volution festival will take place during ten days of cultural, sporting and civic events from 31 August to 9 September which will form the culmination of the Guild year.

Councillor Peter Rankin, Leader of Preston City Council, said: “G-volution will give a Preston twist to the Evolution festival.   The Guild will attract people from across the North West, the UK and internationally, so it’s fitting that we welcome them with the party of the year, of which G-volution will be one of the biggest highlights.

“The festival will welcome some well known names to the city and show Preston at its best.  The Evolution team have shown their ability to create a great event with some top acts in the North East and we are looking forward to hosting something equally spectacular in September here in Preston.”

Evolution Festival Director, Jim Mawdsley added “This is the first time we have branched outside of the North East and we’re very pleased that we’re doing this as part of the Preston Guild 2012 celebrations.  The whole Guild year and in particular the ten-day Guild City Festival is due to be a real crowd-pleaser.
“We are going to be to putting on a very special event for music fans from across the country and are looking forward to announcing the
line up in the coming months.”

Preston Guild boasts 800 years of history, having been a fixture in the city’s calendar every 20 years since 1179.  This year’s will be the first Guild to be held since Preston was awarded city status in 2002.

Other landmark events include Preston Passion, for which an all-star line-up was recently announced.   The event will be a unique, contemporary re-telling of the passion story, combining live performance, music and pre-recorded drama.

Published on 27 February 2012 by Ben Robinson