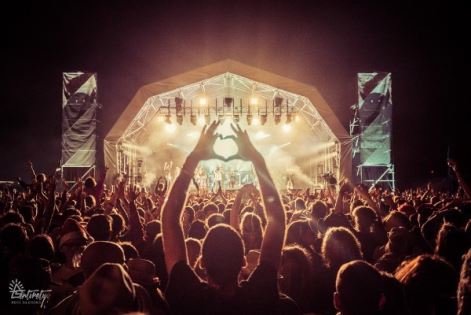 Oxford’s original music festival, Truck, confirms that for 2016 the event will expand to three days across the weekend of Friday 15th until Sunday 17th July at the Hill Farm site.

Last summer Truck heralded a great success with a sell-out crowd enjoying sets from Basement Jaxx, Charlatans, Clean Bandit, Slaves and many more. With the first 2016 line-up announcement due shortly the festival is thrilled to reveal to fans that this year’s festival is to add a whole extra day.

“We're so excited to take Truck to three days for 2016. We're, as always, very conscious to remain one of the most accessible festivals in country, we believe festivals should be available for everyone. As a result, we will keep the ticket price as affordable as possible, £86.50 means that Truckers get an extra day of partying for £7, that's less than £29 a day!

2016 sees Truck in a stronger position than ever before, as a team we're totally tuned into how best to run the event and how to take it to the next step. The success of previous years has proved a real spring board from which to take Truck to the next level.”

Published on 27 January 2016 by Ben Robinson