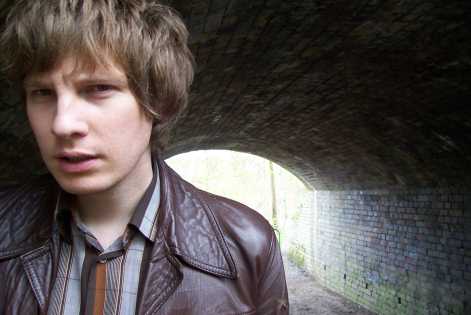 Rhythm Festival has revealed more details of the three linked Rhythm Festivals to be held at Old Warden Park over the August Bank Holiday weekend in 2012.

Rhythm Festival is to have 2 stages: Big Rhythms and Happy Rhythms whilst the two new events, Rhythm Folk and Rhythm & Blues will each have their own areas,dominated by two huge big-top stages. Camping and lots of other attractions (see below) will be shared.
The emphasis in 2012 is on bringing gifted young performers into Rhythm Festivals, joining the veteran acts who have always been its main-stay. Festival Director Jim Driver says: "I'm really excited to welcome exciting new performers like New Folk star Scott Matthews, emerging Folk-Rock heroes Leatherat and young Blues guitar phenomenon Lucy Zirins to Rhythm Festival. There'll be plenty more. There's a lot of great music being created right now and I want to present just as much of it as we can. It's the best of both worlds. Rock icon Arthur Brown may be in his sixties, but his current stage act is one of the most exciting I'm ever seen. The same goes for Wilko Johnson and Eddie & The Hot Rods who have never been on better form. I'm genuinely very excited about the wealth of talent we'll be presenting at Rhythm Festivals 2012, vintage and brand new. It's going to be the best year ever."
Also NEW for 2012 and available to ticket-holders for all three Rhythm Festivals are Fringe Theatre performances in the The Old Dick Theatre and a huge programme of Literary & Poetry Events. Details of BIG NAME attractions on these stages will be announced soon. Comedy (again programmed by Jesterlarf Comedy Club of Cambridge) will return in 2012 as will other old Rhythm avourites, including the Groovy Movie Picture House (free sola-powered cinema), DJ Wheelie Bag in the Tavern Bar and even more children's entertainment, including Panic Circus and the Junior (London) Olympics. Many more new attractions will be added and announced in the coming weeks.

Published on 27 January 2012 by Ben Robinson