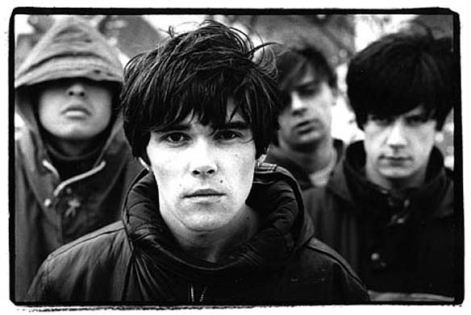 Famed around the globe for being a spectacular weekend of music and excitement, the Isle of Wight Festival 2013 is proud to announce one of the UK’s most iconic bands The Stone Roses, as Main Stage headliners on Friday 14th June.

This will be the band’s only UK festival appearance in 2013. Don’t miss out on your chance to see this genre-defining band, at next year’s legendary Festival. Tickets for what will be an unbelievable experience go on sale on Wednesday 28th November from www.isleofwightfestival.com. Vodafone customers will have an exclusive 48-hour presale from today.

2012 saw the eagerly anticipated return of The Stone Roses, one of the most critically acclaimed acts of all time. The phenomenal four-piece re-arrived in spectacular style and with a summer of sold out shows, the Manchester band mesmerised one million fans across Europe and Asia. Now, the classic line-up of Ian Brown, John Squire, Mani (aka Gary Mounfield) and Reni (aka Alan Wren) will bring their epic live performance to the Isle of Wight Festival for the very first time.

John Giddings, the Festival’s promoter, says: “When you talk about the soundtrack of our lives, The Stone Roses are embedded in it. I am so proud to get them to our island- they will kick the weekend off with a bang.”

With more exciting Isle of Wight Festival 2013 announcements to come, make sure to keep up to date with all the latest news at www.isleofwightfestival.com.

2013 will see a spectrum of acts playing across three stages, guaranteeing yet another year of unforgettable appearances. Alongside the Main Stage, check out stunning acoustic and intimate performances on The Garden Stage and with many more great artists in the Big Top, the Isle of Wight Festival has something for everyone.

The Isle of Wight Festival is known for being one of the hottest dates on the cultural calendar, famed for being a truly remarkable weekend of eclectic music & celebration. As the first major music event of the summer, it gives festivalgoers a line up to love. From the moment the gates open, each area of the Festival comes alive, whether it’s partying on the real beach or tearing it up in the silent disco. There’s plenty of action on offer, including a bevy of bars, stalls and interactive areas. Set in the stunning backdrop of Seaclose Park, this is a weekend packed full of punches.

Last year Bruce Springsteen & The E Street Band, Pearl Jam, Tom Petty & The Heartbreakers, Noel Gallagher’s High Flying Birds, Jessie J and many more, wowed the crowds. For the ultimate summer experience, look no further than the Isle Of Wight Festival 2013 where the biggest artists, the best atmosphere and the most stylish people come together to create an amazing weekend. So, if you haven’t been before then come and check it out and if you have, then welcome back...

Published on 26 November 2012 by Ben Robinson