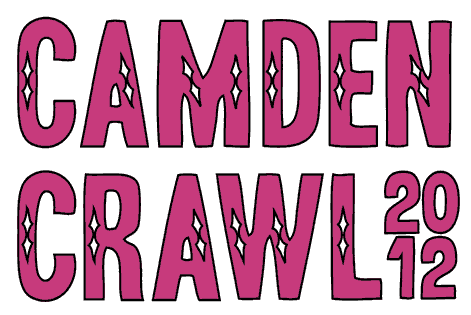 Following the Camden Crawl 2012 ticket launch and opening event of the festival’s new fortnightly VARIETY club series, the Crawl is pleased to announce the full line up for its second Variety event.

VARIETY club series features an acclaimed line up of comedy from Phil Nichol and Tiernan Douieb, Rough Trade Shops Pop Quiz, live performances from Young Legionnaire and Two Wounded Birds. London’s stunning Echo Lake and Swedish alt pop sensations Icona Pop join a polished line up of standup comedy from James Redmond and Joel Dommett on Wednesday 9th November at the Star of Kings in Kings X.
London-based five-piece Echo Lake produce wonderfully mesmerizing lo-fi pop soundscapes which sit somewhere comfortably between Warpaint’s dreamlike atmospheres and The Concretes at their most melancholic. They have got the songs – gorgeous yet gloriously dirty shoegaze – as well as the look to capture both fancy and imagination.

To promote the cross pollination of the arts and represent the diversity of Camden Crawl’s programming, the festival launched Variety in October. Far from a typical gig night, VARIETY is what it says on the tin. Described by organisers as “four great nights out in one”, Variety is an eclectic assortment of cutting edge comedy, London’s most competitive pop quizzes with guest DJs and a very special live music guest each week.

The 2012 Camden Crawl takes place 4th – 6th May 2012 and its programme will feature more than 250 of next year’s brightest music talents from the UK and abroad across Camden Town’s two mile stretch of historic pubs and venues. The event kicks off with an opening night party featuring 6 live acts and a special edition of Club NME on Friday 4th May from 5pm at KOKO and full programme runs from midday on Saturday 5th May until the early hours of the following bank holiday Monday.

Click to find out more and how to buy tickets.

Published on 26 October 2011 by Wayne Feltham