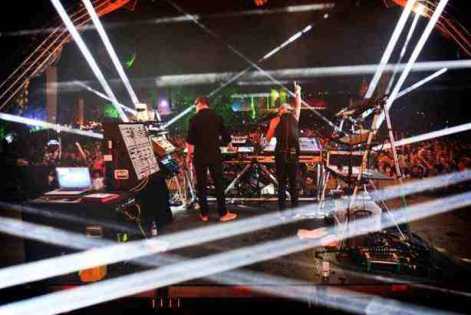 The great Orbital are due to release their new single ‘Where Is It Going?’ in August and you can watch the live video version here.

Orbital release their new single ‘Where Is It Going?’ on August 27th on ACP/ADA Recordings ( via Warner Music Artist & Label Services).

It will be available as a download with the following mixes:

The track is taken from their current album ‘Wonky,’ which received glowing reviews around the world. Indeed the album and live shows has not only seen the return of the loyal Orbital following but has excited a new generation of fans who wondered what the fuss was all about.

After a busy summer of UK and international festival headline spots Orbital are set to embark on a 13-date UK tour in December. Both Manchester and Brixton will be late 1am curfew shows with special guests to be announced. And, watch out for some very important news coming soon……

Dates are as follows: -

Published on 26 August 2012 by Wayne Feltham