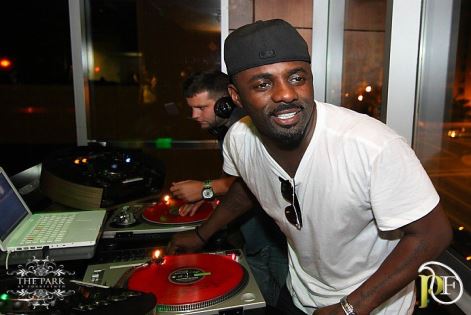 With only 3 weeks to go until crowds of music fans descend upon its gates, V Festival 2013, announces that John Newman, Idris Elba, Naughty Boy, Seasick Steve and Lawson will join this years's stellar line-up.

Brit singer John Newman shot straight to the top of the charts earlier this month with the hit single â€˜Love Me Againâ€™, and is ready to bring some soulful vibes to crowds at both sites. Heâ€™s joined by man of the moment Idris Elba, who is taking time out from leading roles in the forthcoming blockbuster â€˜Mandela: Long Walk To Freedomâ€™ and BBC detective series â€˜Lutherâ€™ to perform at this yearâ€™s festival. The Brit, Golden Globe winning actor and critically-acclaimed musician will make a debut festival appearance bringing some hip-hop, dance grooves to crowds.
Fresh from a string of highly anticipated summer appearances, Naughty Boy will be making his way to V Festival, and Seasick Steve returns for a second time to perform his brand of blues/rock. Popsters Lawson have also been announced performing hits including their recent Top Ten smash â€˜Brokenheartedâ€™.
V Festival prides itself on the quality of artists that perform each year, aside from headliners Beyonce and Kings of Leon other incredible acts across the weekend include Stereophonics, The Script, Emeli SandÃ©, Calvin Harris, Beady Eye, Jessie J, Two Door Cinema Club, The Vaccines, Basement Jaxx, Olly Murs, Paloma Faith, Jesse Ware, James, Rita Ora, The Courteeners, FUN., Labrinth, Ellie Goulding, Rudimental, James Arthur, Little Mix, and Laura Mvula.
2013 once again sees a wide spectrum of acts playing across the stages, guaranteeing yet another year of unforgettable appearances.  The popular Glee Club Comedy Tent will also make a return this year, with side-splitting performers to be announced. There is something for everyone at V Festival.