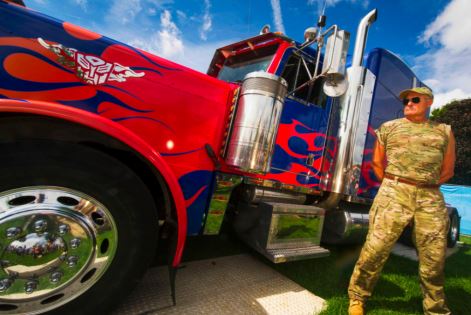 LolliBop, The Big Bash for Little People, is returning for 2013 to Queen Elizabeth Olympic Park, London, with an incredible line-up designed to delight mini festival goers.

Joining some of the hottest names in kids’ entertainment, as well as hundreds of activities, workshops and interactive demos, are the Mr. Men and Little Miss Village Green Event and Shaun the Sheep’s Championsheeps LIVE!
The ever-popular Mr. Men will be hosting a fun maypole activity area and favourite characters, such as Mr. Bump, Mr. Tickle and Little Miss Sunshine, will be meeting and greeting fans at the Mr. Men and Little Miss reading hubs.
Shaun the Sheep will be personally on hand at the Championsheeps with sheepy shenanigans, including Shirley’s Pie-athalon, the Naughty Pig’s Sack Race and Get Fit with the Flock. Kids and parents are ‘wool-come’ to get involved!
Other big names confirmed so far, include:
- LolliBop favourites Dick and Dom return with their special mix of madcap games, songs, jokes and a foam pie or two…
- Peppa Pig will be at the festival all weekend, meeting and greeting all her little fans
- Sid Sloane and Andy Day will be hosting their very own Big Birthday Bash and everyone is invited! Expect lots of energetic songs and silliness and plenty of audience participation
- Watch and learn how to ‘Copy Poppy’ with Poppy Cat on the Lolli Live stage
- Straight from Nickelodeon to the Lolli Live Stage, The Go! Go! Go! Show are bringing brand new pop songs, catchy, easy-to-learn dance moves and loads of laughs
- Sing and dance along with the adorable Cloudbabies mini show
- Older LolliBoppers will love The Diary of a Wimpy Kid activity, which include exclusive clips of the author Jeff Kinney talking about the books and a master class showing how he draws the characters. There’s also a Wimp Wars quiz
- Experience the life-size Transformer Optimus Prime Truck, along with the Transformers Station; showcasing the new Beast Hunters toys, viewings of the cartoon series Transformers Prime and free green screen pictures
- Witness the amazing wildlife showcase with National Geographic Kids Animal Man
- Laugh along with hilarious antics from the amazing 8ft Titan the Robot
Returning LolliBoppers will also see old favourites mixed with new attractions for 2013, including:
LolliBop Live – Popular CBeebies presenter Alex Winters is comparing the live stage which plays host to some of the biggest names in kids entertainment, with live music and performances from stars of stage and screen.
Lollipalladiam - is a live theatre tent showcasing performances from pioneering and internationally renowned companies and artists. This year it features Spooked, the critically acclaimed Broken Rose Performing Arts first show for children – a hilarious and spectacular blend of dance, theatre and spoken word featuring skeletons Molly, Jinny and Charlie.
Science Zone - Make a rocket, hold a dry ice cube, or get messy with gooey slime in the LolliBop lab - brimming with exploding experiments for pint sized guests to try! London’s Science Museum will also be attending with live demonstrations and interactive activities.
Run wild and have fun in the LolliSports area.  With activities including retro favourites like swingball, hula-hoop and frisbee to football tournaments and sports day style races.
3ft and under is also making a comeback but this time is it within the brand new Itsy Bitsy Zone.  Activities for babies and toddlers will include soft play, baby massage, storytelling, mini discos and much more
The Lolli Promenade  – Situated on the River Lea!why not relax and enjoy an ice lolly at the Lolli Promenade which also features beach hut crafts and bandstands.
Discovery Zone - will host a number of educational, interactive and hands on activities where kids can learn a new skill like beatboxing in one of the many workshops.
Lolli Stops – Enjoy crafts from puppet making, and customised fashion workshops, to balloon modelling, and graffiti painting, there is a something to make and do around every corner.
The Meadows  - A perfect spot to chill out, enjoy your lunch and watch the special street performers.
There is also a wide selection of food and drink stalls at LolliBop. Extensive covered buggy parks, baby changing and breast-feeding areas are also available.