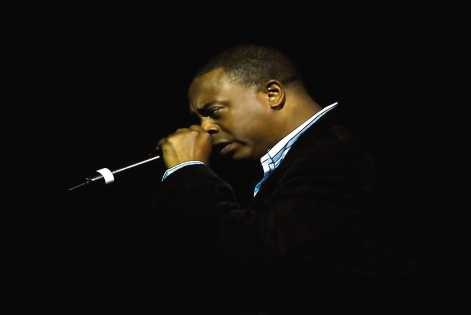 We’re delighted that Police Academy legend and ‘Man of 10,000 Voices’, Michael Winslow will be wowing the crowds at this year’s Camp Bestival. An utter genius who does the seemingly impossible with just his voice

We totally love comedy at Camp Bestival and we’ve always made sure we’ve given you the best that the comedy circuit has to offer and this year is no exception! We’ve got laughs aplenty for all ages in our side-splitting line-up of top drawer comics who will be joining our previously announced comedy headliner Jimmy Carr at Lulworth Castle this July 26-29.
For this one Rob da Bank would like to introduce Camp Bestival Comedy Guru, Get Comedy’s Brett Vincent who says: “Once again Camp Bestival has a stellar line-up of comedians over the weekend from some of the best emerging talent on the comedy circuit to famous TV names and the beat-boxing noise maker legend that is Michael Winslow. We’re also very proud to be the only music festival this year and possibly ever to host the biggest face in comedy (literally) Jimmy Carr. We also have dedicated comedy shows for kids with the best kids comedy show at the Edinburgh Festival last year… The Adventurers Club and now firmly rooted resident at Camp Bestival – Comedy Club 4 Kids. My top picks would be… Benny Boot and Ian Stone on Friday, Rufus Hound hosting on Saturday, Andrew Maxwell followed by Early Edition and then Michael Winslow on the Sunday and of course Jimmy who is closing the Festival late Sunday night….”
We’re delighted that Police Academy legend and ‘Man of 10,000 Voices’, Michael Winslow will be wowing the crowds at this year’s Camp Bestival. An utter genius who does the seemingly impossible with just his voice, anyone who saw Michael at last year’s Camp Bestival knows they’re in for an unbelievable treat! We’ll also have Cheryl Cole impersonator extraordinaire Rufus Hound who will be joining us on the Jurassic coast to unleash his moustachioed comedy mayhem. Known for his turns on Celebrity Juice and Argumental, Rufus is a master of his art and one not to miss, plus we’ll have a high octane outing from Camp Bestival favourite Andrew Maxwell who knows something extremely funny about everything.
Those with a satirical bent will very pleased to know that the Early Edition will be returning to Camp Bestival once again. A live comedy panel show hosted by Marcus Brigstocke and Andre Vincent, The Early Edition tears into the tabloids, lambasts the broadsheets, ridicules the naysayers, unravels the spin and pooh-poohs the pomposity of headline print.
Also adding to our festival frivolities will be the edgy and provocative Ian Stone who was recently voted one of Britain’s top ten stand ups by the Independent, Ben Norris who you may have seen recently on Mock the Week, Andre Vincent who once opened for Bob Hope and played himself on Byker Grove and Benny Boot who was by far the stand out performer at the Altitude Festival in Austria this year with our moustachioed friend Rufus Hound commenting: “Benny Boot offers something unique. I'm not sure exactly what it is, as I couldn't concentrate - I was laughing too damn hard!”
And there will be top turns from Joel Dommett who was a regular on E4’s Skins, has appeared on Russell Howards Good News and can now be seen daily on MTV reading the news, Camp Bestival regular Eric Lampaert who you’ll know from the TV channel VIVA and who is T4’s rising star of 2012, Paul McCaffrey, who at the time of writing this press release was on Russell Howards Good News this week, George Egg who over the years has won legions of fans with his oversized suitcase of props, fantastic songs and who  is one of the only comedians who is described as a cross between alternative stand-up and music hall variety and ex-Labour Party stalker Matt Forde who currently has his own 5Live show and is regular on Jon Richardson’s and Russell Howard’s radio shows.
It’s not all grown up comedy capers at Camp Bestival though there’s plenty of hilarity for the kids too, including Comedy Club 4 Kids with regular compere Tiernan Douieb which is back for the third year running. Cracking entertainment for the young’uns Comedy Club 4 Kids is comedians doing what they do best but without the rude bits! And brand new to Camp Bestival this year is The Adventurers Club with Tim Fitzhigham. A smash hit sell-out kid’s show from the Edinburgh Fringe the Adventurers Club is off on a trip doomed to failure. Make sure you catch this award winning show for an afternoon of sheer hilarious adventure!
We’re really pushing the boat out for our fifth Camp Bestival with incredible music from Happy Mondays, Hot Chip, Kool and the Gang, Chic featuring Nile Rodgers, Rolf Harris, Rizzle Kicks, Mr Tumble, The Gruffalo, Dick and Dom and Shrek the Musical plus arty escapades from The Tate, a literary whirlwind of talks, spoken word and poetry at the East Lulworth Literary Institute, amazing food and 100s of free things for kids to do.