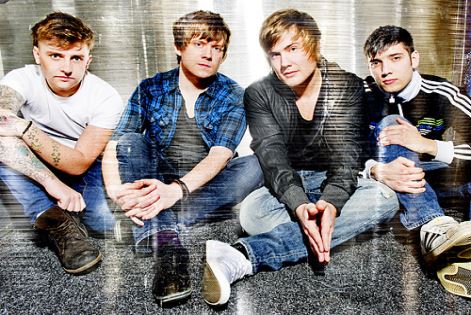 PAGE 44 are pleased to announce that they have been added to this year's Download Festival line up. They will join the likes of Linkin Park, Limp Bizkit and Aerosmith, and head to Donington Park this June.

This is the bands fourth consecutive year of playing at Download, something that is pretty much unheard of.
Band member Adam Vygus comments on the news: "I can't believe we are playing again for the fourth year in a row. It's still the best feeling ever, just as good as the first time we were announced. We are so excited and proud to be playing such a prestigious festival."
Hailing from Birmingham this quartet have never quit in their pursuit to get their music out there.
2011 saw them beat thousands of applicants in the esteemed Red Bull Bedroom Jam competition leading to an impressive run of UK festival dates. Early 2013 saw the release of the pop rockers hotly anticipated debut album 'All That Changes Stays The Same', which was funded by the band's avid fan base through PledgeMusic. They then went on a headline run of the UK and ended last year by playing at Vans Warped Tour UK at Alexandra Palace.
2014 will see some new music from the quintet along with more great announcements in the next few months.