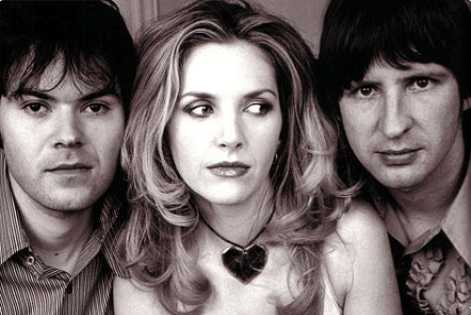 Deer Shed Festival = the vibe of a lazy Sunday afternoon in the perfect pub beer garden, sound-tracked by a bill that resembles the 6 Music playlist

Deer Shed Festival 3 promises to be a monster one this year. It’s not just the mammoth bill of outstanding musical talent or the massive programme of arts and activities for all the family (though both are monstrously good), what they’re talking about is actual, proper monsters unleashed all over the shop. Following on from Deer Shed Festival 2’s Sky At Night theme, in 2012 Deer Shed Festival is all about going BIG for scary, mythological, fairy tale, imaginary (or are they?), cuddly, extraordinary MONSTERS.
Theatre comes to Baldersby Park for the first time. The Flanagan Collective will basically mess with festival goers minds with a real/unreal narrative that runs throughout the whole weekend. Spoken word also stops at Deer Shed Festival for its debut – authors Dave Simpson ('The Last Champions: Leeds United & The Year Football Changed Forever') and Anthony Clavane ('Promised Land') chat football and whether it has lost its soul while Dorian Lynskey ('33 Revolutions Per Minute: a History Of Protest Music) and Boff Whalley (Chumbawamba) talk pop and whether it still has a political voice.  James Priestman leads the festival’s first foray into poetry running family workshops including Monster themed pieces and Twitter poems.
Partnering up with the National Media Museum, there’s some seriously scary cinema lined up. The silent classic Nosferatu will be accompanied by Darius Battiwalla on piano in the finest tradition of the silent film era. Guerrilla film making at its best, Monsters was filmed on location in South America with a crew of four or five, just two actors and a bunch of locals. A family classic, Monsters Inc will be followed by a workshop from Deer Shed Festival’s pals at Teeside University showing how Pixar make the critters. Lecturers and students from the uni will be running lots of lovely workshops and demonstrations throughout the weekend including stop frame animation, green screen video production and 3D modelling. All involving monsters. Obviously.
Also returning to Topcliffe in 2012 are the following Deer Shed Festival regulars – Best Joined Up graffiti artists mixing classic street styles with fine art, Matt Pattinson's Doodle Walls with four towering sentinels of festival-goer scribbles along with his own distinctive take on the monsters theme, Jon Reed’s Comedy Workshop, artist blacksmith David Stephenson creating bespoke jewellery in front of festival goers eyes for just a couple of quid and Spike & Sponge’s Sunday Market in the Big Top full of arts, crafts and vintage wares all from local Yorkshire artists. The Greentop Circus Cabaret will also be back to host the Friday night family show in the Big Top. Some kick-ass aerial acrobatics plus comedy, circus, cabaret, variety and dance from one of the UK's leading circus venues and training centres.
Monsters – done. Arts – done. Kids stuff – next…
Only two years in and the Deer Shed Festival is already known for the lengths it reaches to keep family members of all ages occupied. In 2010 they face painted half the audience and then last year there was the entire field full of swing balls. In 2012 the festival team are taking the monster theme quite literally and are super sizing what’s on offer. Customised swing balls made out of heavy-duty steel, giant sea monster creations which will be built by kids and then floated on the lake, BIG paintball art guns and over 40 exotic animals to meet on the Sunday (snakes, spiders, lizards, massive toads and some furry things). The festival team will also be scouting for human guinea pigs to take part in Dr Frankenstein’s DIY Monster Project from Eureka! The National Children's Museum. All in addition to the regulars of organised sports, arts sessions, modelling workshops and play areas. Taking place at the beginning of the school holidays, Deer Shed Festival is the perfect break from everyday life for all the family and all for less than £200 for a family of four.
Deer Shed Festival = the vibe of a lazy Sunday afternoon in the perfect pub beer garden, sound-tracked by a bill that resembles the 6 Music playlist. Shortlisted for the Best Family-Festival at the UK Festival Awards 2011, this is an independent festival run by a family for the family. The Deer Shed Festival team book bands they love, work with like-minded people, keep it chilled, don’t squeeze a thousand tents into a field the size of a postage stamp and don’t charge a fortune. Good old-fashioned hospitality and great bands.
*** MUSIC BILL ***
Saint Etienne, Villagers, Cherry Ghost, Los Campesinos!, Beth Jeans Houghton & The Hooves of Destiny, Dutch Uncles, Human Don’t Be Angry, Cashier No 9, Janice Graham Band, Treetop Flyers, Club Smith, Moody Gowns, The Staves, Paul Thomas Saunders, Washington Irving, The Glendale Family, Tupelo, Rachel Sermanni, We Were Evergreen, Ellen and the Escapades, The Lost Brothers, Rae Morris, Pale Seas and Pip Mountjoy