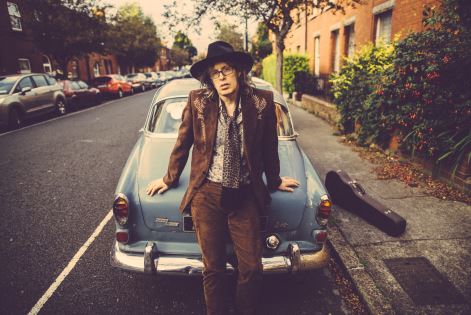 Wickerman, one of Scotland’s hottest summer music festivals, has revealed that legendary band The Waterboys and super talented singer songwriter Tom Odell, will be headlining the main Summerisle Stage this July. Also joining the red hot line-up will

On Friday 24th July, The Waterboys are poised to deliver an unforgettable performance in what will be their biggest Scottish festival appearance this year. The iconic band will perform classics from their extensive back catalogue alongside tracks from their recently released album ‘Modern Blues’. Acclaimed for their powerful live performances, the seminal band are set to be a definite hit with the UK’s friendliest festival crowd.

On Saturday, Ivor Novello and Brit Awards winning artist Tom Odell will bring his distinctive sound and spine tingling vocals to Wickerman’s main stage. His 2013 debut album, ‘Long Way Down’, shot straight to number one, featuring hits such as, ‘Can’t Pretend’, ‘Hold Me’ and the gargantuan single ‘Another Love’. Joining them will be the chart topping Example & DJ Wire who promise to deliver an electrifying set. With 25 Top 40 hits, including club favourite ‘Change The Way You Kiss Me’, festival revellers can expect an energetic live performance.

The Wickerman Festival prides itself on offering music lovers a diverse mix of iconic acts and emerging talent and this year’s line-up will be no exception with the appointment of Synergy Concerts, one of Scotland’s leading independent promoters.

Grainne Braithwaite, Founder of Synergy Concerts, commented: “We are massively excited to announce Wickerman’s 2015 headliners, both The Waterboys and Tom Odell give amazing live performances and it’s this combination of talent and showmanship which we believe will really unite the crowds. Wickerman has built its reputation as a festival which offers a truly eclectic line-up and for this reason we are thrilled to be joining the team. Our aim this year is to book the best emerging and established artists to make Wickerman THE must attend for music lovers. We are really looking forward to announcing a diverse line-up of brilliant acts over the coming months.”