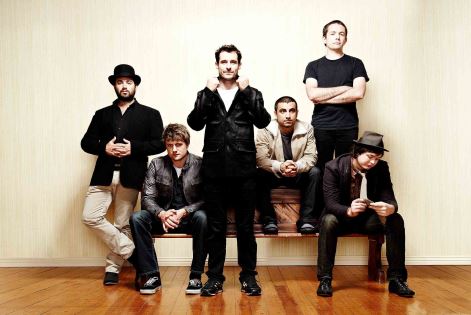 The Secret Garden Party is pleased to announce its second line up of artists for 2015.

THE MOON – LOLA COLT - BEANS ON TOAST - WILL AND THE PEOPLE

Enigmatic Australians The Cat Empire have a reputation for buoyant live shows and are always a big draw when they visit the UK. Their mash up of Cuban salsa, ska, reggae and pop becomes something joyous and truly original whenever they take to the stage. Angus and Julia Stone are also Australians; a brother/sister duo whose heartfelt and textural folk/blues is beginning to make big waves in Europe. Their recent self-titled album co-produced with the legendary Rick Rubin is the highest-charting by the duo to date, reaching the top 10 in several countries including France, Germany, the Netherlands and New Zealand. Public Service Broadcasting are more familiar to UK festival goers. They made quite an impact on their debut, combining a wonderful mix of electronics, guitars with vintage public service information samples. Their brand new follow-up album, The Race for Space, takes as its theme the exciting late ‘60’s American-Soviet exploration contest, mingling evocative archive footage with harmonizing electronic soundscapes.