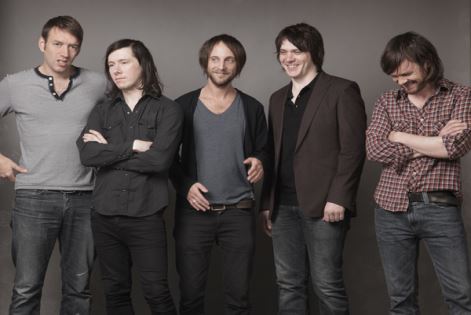 Scottish indie rockers Idlewild will play the main stage at the award-winning 2000trees Festival, having just launched their new album Everything Ever Written.

The Subways will headline the Thursday Early Entry Evening, returning to the three-day event following a headline performance in 2010.

Also announced today are We Are The Ocean, And So I Watch You From Afar, Acollective, Creeper, Great Cynics, Blaenavon, Lloyd Yates, Jake Isaac, Get Inuit, Rebecca Clements and Bare Knuckle Parade.

“The line-up has never been such a barn-storming mix of amazing British rock bands,” says organiser James Scarlett.

“Music fans will love seeing some of the older guard like Kerbdog, The Subways and Idlewild. And we know they will enjoy discovering the amazing news bands coming through like Black Peaks, Nothing But Thieves and Fatherson."

The festival has just launched a VIP backstage ticket which includes backstage and side of stage access, VIP bar, priority entry, loads of free goodies and a heads up on the secret sets. It also unveiled a Golden Ticket competition to win a free upgrade to a VIP backstage ticket - open to everyone who buys a ticket before March 15.

Organiser Si Maltas says: “We visited the site at the weekend and were blown away once again by how beautiful it is. We just want to share that experience with people and can’t wait for the summer to arrive!”

2000trees Festival celebrates its ninth year in the picturesque Cotswolds, near Cheltenham, on 9-11 July. It features the very best new and underground music on six stages, plus comedy, DJs, a silent disco, quality food and drink and children’s entertainment.