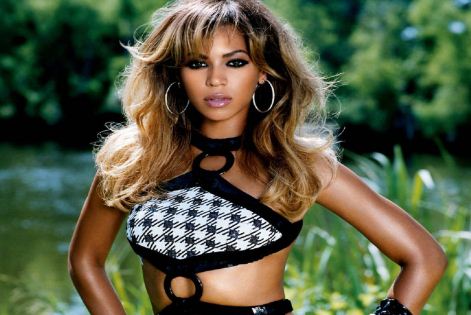 V Festival 2013, sponsored by Virgin Media, is once again leading the way with an impeccable and eclectic line up of acts. Brace yourselves for the high priestess of pop, Beyonce.

This will be her one and only European festival appearance this year.  Multi-million album selling American rockers Kings Of Leon are also confirmed as headliners.  V Festival takes place across the weekend of August 17 & 18 at Hylands Park, Chelmsford and Weston Park, Staffordshire.
Tickets go on sale Friday March 1 at 9am, available at www.VFestival.com
V Festival, prides itself on the quality of artists that perform each year, more incredible acts announced today for 2013 are Stereophonics, The Script, Emeli Sandé, Calvin Harris, Beady Eye, Jessie J, Two Door Cinema Club, The Vaccines, Basement Jaxx, Olly Murs, Paloma Faith, James, Rita Ora, The Courteeners, Jason Mraz, FUN., Labrinth, Ellie Goulding, Kendrick Lamar, Of Monsters And Men, Maverick Sabre, Travis, DJ Fresh/LIVE,  Jessie Ware, Maximo Park, Lianne La Havas, Rudimental, James Arthur, Scouting For Girls, Deacon Blue, Little Mix, Ocean Colour Scene, The Fratellis, Gabrielle Aplin and Laura Mvula.  Many more acts will be announced in the coming weeks across the stages at the two festival sites.
V Festival is now in its 18th year and is renowned for bringing the very best in popular music together for one epic summer weekend.  Last year saw electric sets from headliners The Stone Roses and The Killers with other show stopping performances from the likes of David Guetta and Ed Sheeran.  V Festival has an unrivalled music pedigree, previous headliners have included groundbreaking performances from Coldplay, Radiohead, Oasis, Eminem, Foo Fighters and The Arctic Monkeys.  V Festival is now established as the biggest festival in the UK with over 170,000 fans attending across the two sites and was the first festival to establish rotating acts across two sites.
2013 once again sees a wide spectrum of acts playing across the stages, guaranteeing yet another year of unforgettable appearances.  The popular Glee Club Comedy Tent will also makes a return this year, with side-splitting performers to be announced in the coming weeks.  With many more great artists to be announced, there is something for everyone at V Festival.
V Festival is one of the hottest dates on the UK cultural calendar.  From the moment the gates open each area of the festival comes alive and a truly remarkable weekend of music and enjoyment ensues.  V Style camping is set to return this year giving festival fans the chance to get the best of both worlds.  They can dance the days away with their favourite artists and then chill out in luxury in ready built Pod Pads, Cloud Yurts, Hearthworks Tipis and pop-up hotel rooms.
Festival Directors Bob Angus, Simon Moran and Dennis Desmond commented: We’ve worked hard to bring fans an exciting and diverse line-up, securing Beyonce for an exclusive European Festival appearance and Kings of Leon as headliners is a great achievement. These acts along with one of the strongest bills in V Festival's 18 year history is something we are very proud of. We have a reputation for bringing fans the best world class acts and breakthrough artists, 2013 is set to be another sensational year.”