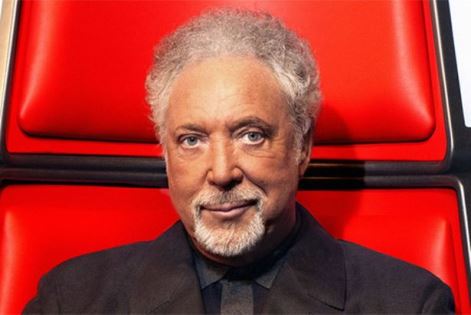 The Eden Project announced today that living legend Tom Jones will headline a show at the Eden Sessions with ASUS on Sunday June 26, 2016.

Tom has sold more than 100 million records and has had numerous smash hits, including It’s Not Unusual, Delilah, Green Green Grass of Home, What’s New Pussycat, She’s a Lady, Kiss and Sex Bomb.

He was born in South Wales in 1940, son of a Rhondda Valley coal miner, and scored his first hit single with It’s Not Unusual in 1965. The song was number one in the UK and made the top ten in the US. He was given a star on the Hollywood Walk of Fame in 1989 and was knighted by Her Majesty The Queen for services to music in 2006.

Along with sustaining his popularity as a live performer and recording artist for five decades, he has garnered – at the age of 75 – critical acclaim for his recent trilogy of albums Praise & Blame, Spirit In The Room, and Long Lost Suitcase.

In October last year, Tom published his autobiography Over the Top and Back to coincide with the release of Long Lost Suitcase.

He has won awards spanning the decades of his career, from three awards at the 1966 Grammys to BRIT Awards nearly 40 years later, including winning Best British Male in 2000 and Outstanding Contribution to Music in 2003.

He has collaborated with a who’s who of international recording artists, including Van Morrison, Wyclef Jean, Jack White, Robbie Williams, Tori Amos and Jools Holland.

Tom is a Welsh icon, and Delilah is sung as the unofficial second anthem at Welsh rugby matches. He recorded the theme tune to the James Bond film Thunderball and has appeared as himself in both The Simpsons and The Fresh Prince of Bel-Air.

He last played in Cornwall in September 1983 at the now-closed Cornwall Coliseum in Carlyon Bay near St. Austell.

Rita Broe, Eden’s marketing director, said: “The word legend is often bandied around but there are few artists for which it is more appropriate than Sir Tom Jones.

“Since he first found fame in the 1960s, his songs have been part of the musical fabric of the world and we’re incredibly proud to be able to bring him to the Eden Sessions stage. It promises to be a magical, memorable and very fun night.”

The Eden Sessions enter their fifteenth year in 2016. Lionel Richie is already confirmed to play two nights on June 14 and 15 (both sold out) and more top acts will be announced soon.

The Eden Sessions has its own free-to-view online TV channel (www.youtube.com/edensessionstv) featuring regularly-updated videos of some of the gigs' finest shows.

Tickets for Tom Jones at the Eden Sessions cost £45 plus booking fee and are on sale to members of the Inside Track programme now. Tickets go on general sale at 4pm on Tuesday February 2 at www.edensessions.com.