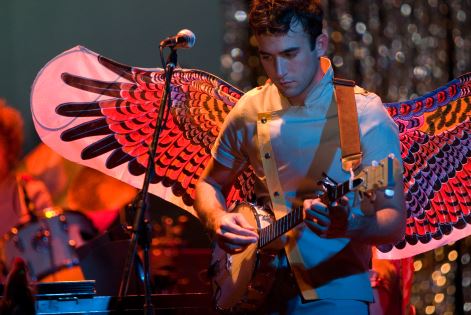 End of the Road Festival is excited to announce its tenth anniversary headliners. Sufjan Stevens will perform on the Woods Stage on Saturday night, following Australia’s psychedelic victors Tame Impala on Friday. Sunday night will see The War On Drug

Future Islands will be bringing their dance moves and infectious grooves to the intimate settings of Larmer Tree Gardens, while Mercury nominated Scottish four piece Django Django will be ready to play tracks from their hugely anticipated second album due this Spring.

Making their way from Perth, Pond will be bringing the psychedelic freak-outs, Toronto five-piece Alvvays bring the fuzz pop, while Ty Segall brings his band Fuzz. Spacebomb Records newcomer, and everyone’s favourite one to watch for this year, Natalie Prass has got the triumphant soul thing covered whilst controversial post-punk crusaders Sleaford Mods and South London’s Fat White Family bring the anarchy.

Following the announcement of Carrie & Lowell, his first album in four years, Sufjan Stevens will headline the three-day festival making End of the Road his first ever UK festival performance. Furthermore, this will be Stevens’ only UK festival date this year and his second ever festival appearance anywhere in the world.

Published on 26 January 2015 by Ben Robinson