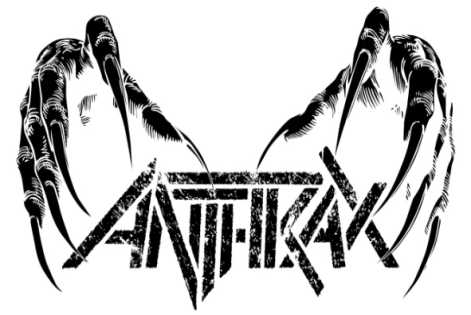 ANTHRAX will be coming to UK in support of their most recent album Worship Music as part of a double headline tour with Motorhead.

Anthrax, one of heavy metal’s all-time great acts who, along with Slayer, Metallica and Megadeth -The Big Four - are credited with co-founding the thrash genre, will soon be returning to the UK to tour their latest album Worship Music ,the band’s first new studio album in seven years, and a full-on supporting world tour. Worship Music will be released this Fall on Mega force Records, and marks the return of singer Joey Belladonna, an essential part of Anthrax’s line-up from1985 to 1992, who joins long-time members Scott Ian (rhythm guitar), Frank Bello (bass), Charlie Benante (drums), and Rob Caggiano (lead guitar).

About Anthrax’s new ‘Worship Music’, Benante explains, “This album has been in the making for three and a half, maybe four years. After the [2005-2007 “Among the Living”] reunion tour ended, we all went our separate ways. I started to write songs again, but I had no voice for them in mind, I didn’t know who would be the singer. So Scott, Frankie and I got together and we just started putting some songs together. This was pretty much the way spreading the disease was done, too - we wrote those songs without a definite singer in mind.” A disappointing false start with another singer took place in 2009. Explains Benante, “We were on an emotional roller coaster from the summer of 2009 until Joey rejoined the band, but I think that everything we had to deal with during that time pushed us towards Joey being back in Anthrax.” Belladonna picks up the thread of the story: “I had been in touch with Charlie and Frank, then I got a call from their manager who said that everyone wanted me back in the band. I thought, ‘are you guys for real? You want me up there, fronting the band like it was before?’ I was thrilled. We immediately started to reconnect with the old ways of having conversations. From that time, everything has been easy going and feels really good.”

With Belladonna on vocals, Anthrax hit the road in early summer 2010 that included seven historic “The Big Four” dates, as well as a Fall North American tour with Slayer and Megadeth. “We wanted to get comfortable playing with each other again, and then use that energy to start making new music.” “We’ve had an unusual luxury of hindsight,” added Ian. “We finished [Worship Music] in late 2009, we’ve lived with those 12 songs since then, so we’ve been able to look back on them and see which tracks we really love and what we can do to make them even better, especially with Joey back in the fold.”

Published on 25 September 2012 by Wayne Feltham