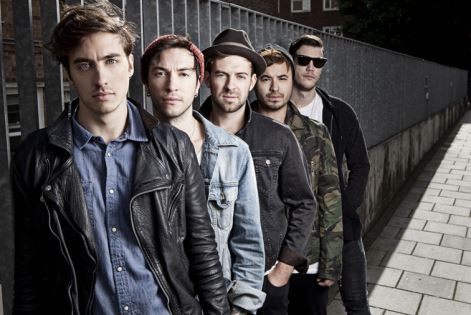 Young Guns, The Skints, Bury Tomorrow, Defeater and many more have been added to the outstanding line-up of the award-winning 2000trees Festival.

Alongside the likes of Deaf Havana, Idlewild, We Are The Ocean, The Subways and And So I Watch You From Afar will be Fort Hope, Boston Manor, Sam Russo, The Lion & the Wolf, Alice Phoebe Lou and Hannah Lou Clark.

There will also be special acoustic sets from The Subways, Arcane Roots and The Xcerts on the Forest Sessions stage.

Early Entry passes for Thursday are close to selling out and organisers claim the Cotswolds event - which has won four national awards including being twice named Grass Roots Festival winner - is the very best place in the UK to discover your new favourite band.

“If you love new music as much as we do, then you need to be at 2000trees this July, with 100 exciting acts hand-picked for six different stages, we promise you will find fresh sounds and great experiences to share with your mates!” said organiser Andy Rea.

“Tickets have been flying off the shelves and we are confident we will sell out ahead of time, which is tremendous for a small, independent festival – it shows music fans really believe in what we are doing down on the farm every summer!”

The three-day festival celebrates its ninth year near Cheltenham, on 9-11 July. It features the very best new and underground music on six stages, plus comedy, DJs, a silent disco, quality food and drink and children’s entertainment.

Tickets and more information are available at www.twothousandtreesfestival.co.uk