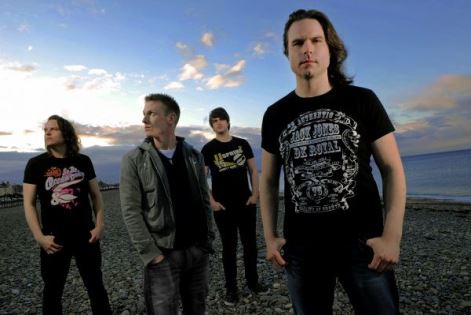 Today ArcTanGent have announced that another 33 bands have been added to their line up and revealed that their third international headliner will be announced on the 2nd April.

God is an Astronaut, El Ten Eleven, Tall Ships, I Like Trains, Year of No Light, Alarmist, We Are Knuckle Dragger, No Spill Blood, BATS, Lost in the Riots, Cleft, Olympians, Shiver, Human Pyramids, Astrohenge, Diagonal, Rumour Cubes, Monsters Build Mean Robots, Blueneck, The Winchester Club, Suffer Like G Did, Charlie Barnes, Memory of Elephants, Big Joan, AK/DK, Adding Machine, Samoans, Waking Aida, Wicket, Sleep Beggar, Howard James Kenny, Super Squarecloud and Flies Are Spies From Hell join the line up.
The 33 bands are added to a bill headlined by Russian Circles, a European festival exclusive and This Will Destroy You, a UK festival exclusive
Ric Phethean of Tall Ships says, “ArcTanGent was without a doubt the best festival we played last year. The atmosphere was buzzing and the crowd was just mental. Really excited to do it all again this year!”
ArcTanGent is the only festival dedicated to post and math-rock. The festival has 70 bands, four stages, 3 bars and is all at the bargain price of £65 for a weekend ticket. Tickets are selling quickly and are expected to sell out before the festival opens its gates on the 28th August 2014.

ArcTanGent Festival 2014 God Is an Astronaut