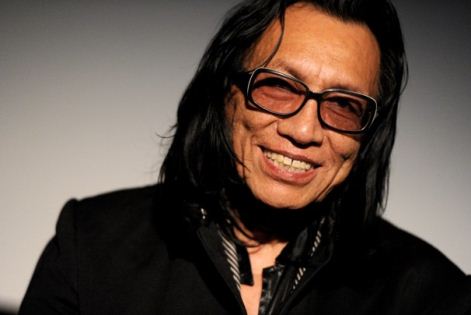 The musical program so far, includes a whole host of carefully curated artists including Sugarman himself, legendary Detroit troubadour Rodriguez, who has rocketed to notoriety following the BAFTA and Oscar winning documentary about his life, Searchi

Well Being and Outdoor Pursuits
Lakeside Spa, The Sanctuary, meditation with Headspace, Lost In Beauty, Horse Riding, Green Crafts, Eden Project Den Building, Oxford Cycles, Wild Swims,Forest Medicine Walks, The Bushcraft Company, Wild Runs
Magic, Games and Japery
The House of Fairy Tales, Unicorn Theatre, Boutique Babysitting with Mortimer Nannies, The Village Hall, Royal Society of the Protection of Lovebirds, Witchwood School of Rock, Hullabalo Arts, Bearded Kittens Cricket Match
Following last year's sun-drenched success, award-winning festival, Wilderness, today proudly announces its third season of arts and escapades knitted amidst the landscapes of Cornbury Park. The festival will take place between Thursday 8th and Sunday 11th August.
Continuing with its unique program of time-honored arts this year’s line-up includes some of the most respected visionaries in music, food, theatre and the literary arts. The festival has also been extended to four days and will now open on the Thursday.
Rodriguez says:
"It is an honour and pleasure to be included to perform at this year's Wilderness. I am told that it is at a beautiful location, so we are definitely looking forward to the scene."
Empire of the Sun will also be taking to the stage for a UK festival exclusive at Wilderness. Expect elaborate costumes, fantasy stage sets and plenty of feathered headwear in what promises to be an unforgettable festival experience.
Following the band’s recent, exciting announcement of a new album and film, directed by frontman Charlie Fink, Noah and the Whale will close the main stage on Sunday. Other additions to this incredible bill include Brit Award winner Tom Odell, Michael Kiwanuka, Matt Corby, Ghostpoet, Tribes, King Krule, Melody's Echo Chamber, Lucy Rose, Eliza and the Bear and London Folk Guild.
Festival organisers Dean James, Tim Harvey, Jim Whewell and Jo Vidler say:
“As festival organisers, Wilderness is still the mouth-watering prospect it’s always been. It’s a festival of experiences entirely shaped by the landscape of Cornbury and the surrounding Wychwood Forest. Each and every one of the amazing shows and happenings have been inspired by the lakes, valleys, copses and rides of our majestic home. From this year's exquisite banqueting concepts to theepic theatrical shows we are bringing over from mainland France, it will be a weekend of both electrifying entertainments and restful escape. We can't wait.”
As ever, the music line-up makes up just one part of the festival offering. The flagship long-table banquets return with three talismanic chefs at the helm.  One of the most influential names on the London food circuit, Russell Norman, will be the grand host of an exquisite banquet with his team from Polpo. Get ready for mouth watering food in an awe inspiring setting, with some surprises thrown in for good measure, as Russell and the Polpo team treat you to a foodie experience like no other.
Following the sell-out success of last year’s banquets, Yotam Ottolenghi, is returning to Wilderness for another headline sitting and last but by no means least; the third chef to join this mouthwatering line-up is legendary restaurateur Mark Hix. Celebrated for his British style and seasonal dishes, Cornbury park will be the perfect backdrop for Hix’s sumptuous courses.
Back by popular demand, Exmouth Market’s famous Moro will once again be cooking up a delicious storm in their Souk dining tent.  Thyme Cookery School also return to the festival, giving budding chefs the chance to whip up some delights in theiron-site kitchen, plus they’ll be hosting a series of talks and tastings across the weekend.
The festival arts offering will be expanding to include breathtaking performances from some of France’s most prolific circus and theatre collectives, Transe Express and LesPepones will all be venturing into the wild. Expect stunning, high energy animatronics and death defying trapeze and circus performances, in what promises to be an unforgettable, immersive theatre experience.
Shakespeare’s Globe, Petersham Playhouse and opera from Vingette Productions, will also be treating festival-goers to some very unique performances against the beautiful back drop of Cornbury Park.
The Lakeside Spa was 2012’s most sought after ticket and will be bigger and brighter than ever this year, with stunning wood fired saunas and hot tubs along with the Sanctuary well-being area.
You can also expand your mind at the Wilderness Forum supported by The Huffington Post UK, which this year includes a programme of cerebral discussions with The School of Life, The Royal Observatory, Intelligence Squared and The Idler.
The much lauded late-night parties are also returning and will see festival heavyweights Secret Garden Party and party purveyors Rumpus, taking over the Secret Valley when the sun goes down.
The family offering will be expanding to include a whole host of workshops and performances, including The House of Fairy Tales, Unicorn Theatre, Charles Dickens Museum, Witchwood School of Rock and Hullabalo Arts.
Wilderness is the proud winner of: Best New Festival 2011 – UK Festival Awards and Best Small Festival 2012 – Live Music Awards

Published on 25 February 2013 by Ben Robinson