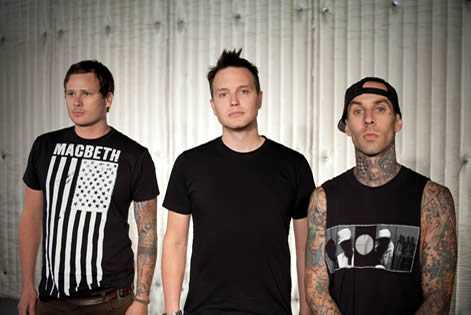 Blink-182, one of the biggest pop punk bands of all time, have been confirmed to headline an Eden Session on Sunday July 8.

The Californian three-piece come to Eden following the release of their acclaimed sixth studio album Neighborhoods last September, their first record since the band split in 2005.
Blink-182, otherwise known as Mark Hoppus, Tom DeLonge and Travis Barker, are probably best known for 1999?s seminal Enema of the State, which went on to sell 15m copies and spawned perhaps the band?s most well-known singles All the Small Things, What?s My Age Again and Adam?s Song.
Enema of the State was Blink-182?s third studio album, following 1994?s Cheshire Cat and 1996?s Dude Ranch. It preceded 2001?s Take Off Your Pants and Jacket and their self-titled fifth studio album, released in 2003 and heralding a more mature sound for the trio.
The band split in 2005 but reformed in 2009. New album Neighborhoods continues the band?s progression into more mature themes.
Blink-182 has sold more than 27 million albums in total and has won multiple awards, including Best New Act at the 2000 MTV Europe Music Awards and Best Rock Act at the same ceremony in 2001.
Martin Williams, Eden?s Marketing Director, said: "?Blink-182 are a great coup for the Eden Sessions. The band defined the pop-punk sound of the late nineties and early noughties, mixing catchy guitar hooks with lyrics that tackle serious issues in a humorous way"
"We'?re really excited to be part of Blink?s return to the top and can?t wait to hear them perform songs from their long-awaited new album at Eden"
Blink-182 are the second announcement for the 2012 Eden Sessions. UK soul and hip-hop star Plan B will headline a show on Friday July 6. More acts will be announced soon.
The Eden Sessions enter their eleventh year in 2012, following an acclaimed series of gigs in 2011, featuring Brandon Flowers and Pendulum among others. Previous years have seen performances from acts including Oasis, Kasabian, Mumford & Sons, Florence and the Machine and Muse.
Eden?s Inside Track scheme returns for the 2012 Eden Sessions. Members get a guaranteed pair of tickets to each show, with seven days to decide whether to buy them before they go on general sale. As well as priority booking and the latest Sessions news, Inside Track also gives members the chance to win exclusive Eden Sessions prizes.

Published on 25 January 2012 by Wayne Feltham