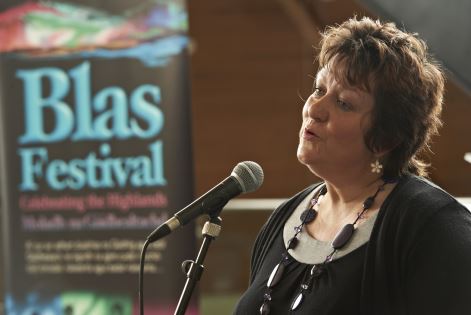 For the first time since the Blas festival, the premier event celebrating all that is good about the Gaelic language and culture of the Highlands, was launched nine years ago venues in Argyll and the Western Isles

Blas 2013 runs from Friday 6 September until Saturday 14 and will deliver well over 100 cultural events at a variety of venues across the Highlands. The programme itinerary this year includes Islay’s Ramsay Hall, Sgoil Lionacleit in Benbecula, Oban’s iconic Corran Halls and Bunessan Hall in Mull.

The extension of the festival to venues in Argyll and Bute has been welcomed by the local authority. Councillor George Freeman of Argyll and Bute Council said: “As the Lead Councillor for culture, I am delighted to see the Blas Festival come to Argyll and Bute for the first time and would extend a warm welcome to all visiting musicians and audiences who will help to celebrate the Gaelic language, tradition and culture.”

Blas Festival Director, Donna Macrae, said: "Blas is delighted to be extending its reach to new communities and it is hugely encouraging that several local authorities want the festival to have a presence in their areas. This is something we hope to develop in future but Blas is happy to be dipping its toe in the Argyll and Western Isles waters this year and we hope that people in those areas enjoy the events we have planned."

One of the festivals highlights will undoubtedly be the appearance of the highly popular Mànran, together with Aly Bain and Phil Cunningham, as well as youngsters from Fèis Latharna, on Thursday 12th at the Corran Halls in Oban. And on the final night of Blas 2013, Bunessan Hall on Mull will be bouncing to Donald Black’s Band and the superb musical skills of Paul MacCallum and Maggie MacDonald.

Celebrating the life and Gaelic song collection of the world-famous Margaret Fay Shaw, one of the most notable and important collectors of authentic Scottish Gaelic song in the 20th century, “Eun Beag Chanaidh” – “A Little Bird Blown Off Course” - is a new piece of music–theatre by Fiona J Mackenzie, presented by the National Theatre of Scotland and Blas Festival in partnership with the National Trust for Scotland.

Margaret and her husband John Lorne Campbell eventually settled on South Uist, having married in 1935. For the rest of their lives, the couple dedicated themselves to the collecting and preserving of Gaelic songs and folklore for future generations.

To mark the connection with South Uist, Blas and the National Theatre for Scotland are delighted to offer a preview of “A Little Bird Blown Off Course” at St Peter’s Hall in Daliburgh on Thursday, September 4.

Also in Uist, one of the festival’s great favourites, “Cuairt nam Bàrd”, where Fèisean nan Gàidheal and Comhdhàil Nàisiunta na Gaeilge bring together poets and musicians to celebrate the arts in Gàidhlig and Gaeilge, will be visiting Lionacleit in Benbecula on Tuesday 10 September. This exchange has been running for over 40 years between Scotland and Ireland and this year the artistes will visit Inverness, Benbecula, Raasay, Sleat and Dingwall. The participants will be Proinsias Mac a’ Bhàird (poet), Ceití Ní Bheildiúin (poet), Pádraic Keane (piper) and Eithne Ní Chatháin (singer and fiddler) and they will be supported by local guests at each venue.