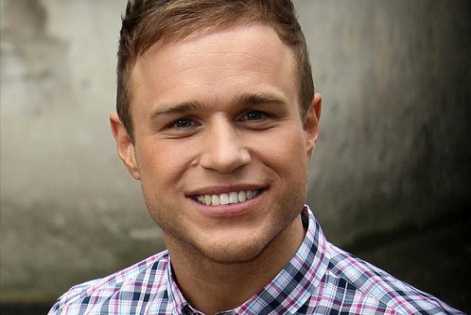 "Olly is one of the biggest stars to ever come to Luton and eight lucky people will be the envy of their friends by meeting him in person as part of the spectacular Love Luton Festival weekend.

Chart topping singer-songwriter Olly Murs will be dazzling crowds at this summer’s Love Luton 2012 Festival and there is now an exciting opportunity for fans to get up close and personal with the double platinum selling artist.

Luton Borough Council has four pairs of ‘meet and greets’ to give away, giving eight lucky people the ultimate Love Luton Festival experience.

Everyone who has purchased a ticket for the 7 July concert on or before Thursday 7 June will automatically go into the draw to win the chance to meet Murs back stage prior to his performance.

Winners will be selected at random and contacted by festival organisers after the draw.

Murs told festival organisers that he was looking forward to meeting some of his fans back stage at Popes Meadow and that he was particularly excited about performing in Luton for the first time. He said: "Festivals are loads of fun and I can't wait to play for you all. I hope you're going to have as much fun as I will.”

Cllr Hazel Simmons, Leader of Luton Borough Council, said:  “We’ve had lots of requests from people on Facebook and Twitter about meet and greets so we are so thankful to Olly and his team for fitting this in to his very busy schedule.

"Olly is one of the biggest stars to ever come to Luton and eight lucky people will be the envy of their friends by meeting him in person as part of the spectacular Love Luton Festival weekend.

“Make sure you get your tickets before 7 June for a chance to win this ultimate concert experience.”

As one of the UK’s best selling emerging solo artists over the last two years, Olly Murs has continued to dominate the charts with four number one singles, a Brit Award nomination for Best British Single and a sell-out tour. Both his albums have gone double platinum, selling over 1.3 million copies combined.

The Love Luton 2012 Festival will be packed with a huge range of activities including a spectacular carnival parade, school games, Mela activities along with music, comedy and dance leading up to a special Olympic Torch celebration event.

The University of Bedfordshire are platinum sponsors of the festival, while Heart FM, Motorbodies, The Mall and Walls have signed up to the gold packages. Noble Solicitors are the official legal sponsors of the weekend.