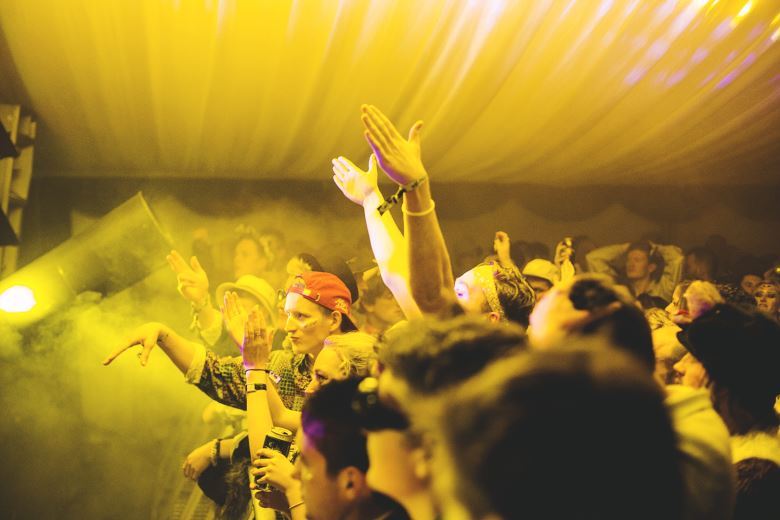 An event first organised by four friends back in 2009, which saw 200 ballers come together in a tent in Porthleven, the Masked Ball has grown into a bi-annual multi-layered wonderland of secret venues and twisted surprises, with 5000 attendees and a loyal following of hedonistic thrill seekers. Maintaining an intimate vibe despite its growth, it attracts throngs of costumed revellers, alongside the dance scene’s biggest talent.

Both the Spring and Halloween events have become renowned for their artistic creativity, imaginative site layouts and hedonism-inducing entertainment.

This year, for the first time, the Ball has a 24 hour music license, meaning it is one of the few festivals in the UK where you can truly dance from dusk 'til dawn.

45 Live returns to the Tipi stage for a celebration of Hip-Hop, Funk and turntablist culture.

Masked Ball residents Durty Disco are back once again, perfect for those who like the darker vibes. Tom will be curating yet another selection of fresh and up & coming bass heavy selectors.

Masked Ball director Kelvin Batt said: “The last Spring ball was fantastic and we can’t wait to build on it.

“We’ve kept the ticket price down, while upping the production once again to create one of the most affordable and value for money festivals in the UK

“Where else can you get three days of quality partying for £85, which includes camping?

Published on 24 April 2018 by wayne@ukfestivalguides.com