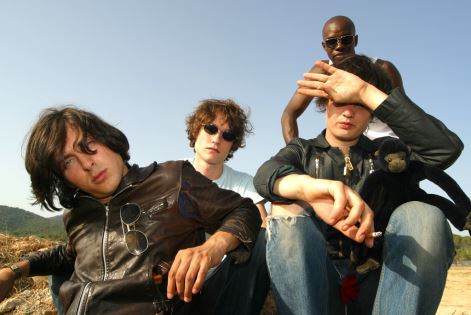 Reading & Leeds Festivals are thrilled to announce The Libertines as the final of this year’s Main Stage headliners! The indie-rockers will bring the good ship Albion to the Festivals this summer, cementing a Reading & Leeds legacy which dates back

Rising up through the Festivals’ billing, the legendary troubadours Peter Doherty, Carl Barât, Gary Powell and John Hassall made their Main Stage debut in 2003 and returned in 2004. The band blew the crowds away in 2010 when they famously reunited at the Festivals and now, for the first time, they will take their rightful place as Reading & Leeds headliners. With their long awaited new record in the works, their set will undoubtedly be one of the defining moments of Reading & Leeds 2015.

In an exclusive video message, Peter Doherty said: “I’ve just woken up and I can’t stop thinking about playing at Reading & Leeds.”

Gary Powell said: "We are all extremely happy to be playing Reading and Leeds this year.  As Reading and Leeds was the festival that graciously allowed us to perform back in 2010 at our first attempt at reforming, and the audience were amazing in their reception of us, it seems only right that we go back to the scene of the crime and do our best to not only replicate what we did back then - but do better, for the fans and friends we have met along the way. Here’s wishing 'us all' luck come R&L. We’ve all got a lot of work to do!!!!I for one am excited for the challenge and looking forward to seeing everybody!"

“What a band to announce as our third headliner. The Libertines are part of the Reading & Leeds family and I can’t wait for the boys to walk on to our Main Stages in their rightful place at the top of the bill.

“I’m excited to announce over 50 other phenomenally talented acts today who will bring amazing performances for our fans. I really think we’ve got the ultimate line-up this year. Where else can you see Kendrick Lamar on the same day as Deadmau5 and Years & Years, or Marmozets on the same day as Azealia Banks or Metallica, or All Time Low on the same day as Knife Party or Mumford & Sons!

"Having spent some time reviewing the ticket price and talking to people about it I felt that where we had got to with the day price was too high and once I really examined it decided to go the whole hog and reduce it to £59.50. However, anyone thinking it’s a way to get the weekend including camping cheaper will be disappointed. It will not give access to the campsite as I'm creating new entrances for day ticket holders. It’s still great though for those that don't want to camp."

On the Friday at Reading and Saturday at Leeds, pop-punkers All Time Low will return to the Festival for the first time since 2012 with eagerly anticipated new album ‘Future Hearts’ in tow.

Sheffield’s Bring Me The Horizon have established themselves as the UK’s biggest and best metal crossover act, and will follow up their all-conquering sold out Wembley Arena headline show last year with a set immediately before Metallica on the Main Stage on Saturday at Reading / Sunday at Leeds. Their performance at the Festivals this summer is a European exclusive.

Grammy nominated rapper Kendrick Lamar will showcase his unparalleled ability and powerful wordplay in his debut performance at the Festivals, creative indie rock heroes The Maccabees will take the Main Stage and will play some tracks from their forthcoming album, Wakefield rock band and NME Outstanding Contribution to Music Winners The Cribs whose hotly anticipated new album ‘For All My Sisters’ will be released this March.

Panic! At The Disco will bring their incredible grown up pop-rock and infectious hooks back to the Main Stage, along with anthemic rock quintet Lonely The Brave, who return following their hugely successful set in 2014.

Pop Punk’s most exciting new band Neck Deep have set course for Reading & Leeds this summer to demonstrate exactly why they were named ‘Best Newcomer’ at last year’s Kerrang! Awards and West Yorkshire Festival favourites Marmozets will bring their incendiary live set back to Reading & Leeds as they graduate to Main Stage billing.

Following the release of their debut studio album ‘Abandon Ship’ late last year, electronic dance duo Knife Party return to the Festivals this summer for an extra special closing set on the Friday at Reading and Saturday at Leeds.

Boy Better Know featuring JME, Skepta, Wiley, Shorty, Solo 45, Maximum, Jammer & Frisco will be headlining the BBC Radio 1 Dance Stage on the Sunday at Reading and the Friday at Leeds.  Headed up by JME, brother Skepta and Wiley, they are the leading collective in Grime.

All three Festival Republic Stage headliners are revealed in today’s announcement, with a very special set from Django Django closing the stage on Friday at Reading / Saturday at Leeds. Indie rock veterans The Wombats will headline the stage on Saturday at Reading / Sunday at Leeds and fan favourite Frank Turner will bring a special solo set to Reading on Sunday / Leeds on Friday.

Legendary Irish rockers Ash will make a welcome return to Reading & Leeds, building on a rich history with the Festivals dating back to their first performance at Reading in 1995. Having recently announced their new album, their set will be yet another classic performance providing the soundtrack to the summer.

Also performing on the stage will be Canadian indie-pop quintet Alvvays, fast rising rockers Coasts, grunge revivalists Darlia and Australian indie sensation DMA’s. The soaring melodies of Jake Isaac, folky Sydney trio Little May, the socially observant hip-hop/rock of Ratboy, American baroque pop band San Fermin, young South Londoners The Bulletproof Bomb, the soaring rock of We Are The Ocean, irish rock-pop five piece Walking On Cars and Missouri garage punk brothers Radkey make the Festival Republic Stage the one-stop shop for all things on the rise, alongside some of the biggest names in music.

Now a well-established feature of Reading & Leeds, the BBC Radio 1Xtra Stage will bring the absolute best in urban music across the three days of the Festival. Co-headlining on the Friday at Reading and the Saturday at Leeds are Harlem trap lord A$AP Ferg and hazy Brooklyn hip hop crew Flatbush Zombies, providing an incredible East coast double header of real rap music. Having finally dropped her long awaited debut album ‘Broke With Expensive Taste’ late last year, Azealia Banks returns to Reading & Leeds for one of her characteristically high octane live sets to headline the 1Xtra Stage on Saturday at Reading and Sunday at Leeds.

With one final headliner still to be revealed for the stage, the tent will host sets from Miami bass turntablist Craze, South London hip hop duo Krept & Konan, grime hero and UK trailblazer Lethal Bizzle and the fresh sounds of Essex rapper Nick Brewer. The line-up grows even further with the addition of genre-blurring urban DJ Oneman and the unique dream-rap of Pell. New York natives Ratking are one of the purest voices of modern underground rap music and this year marks their debut R&L performance alongside MOBO Award ‘Best Grime Act’ and BBC Sound Of runner up Stormzy. Brotherly hip hop duo Rae Sremmurd are also announced today.

Published on 24 February 2015 by Ben Robinson